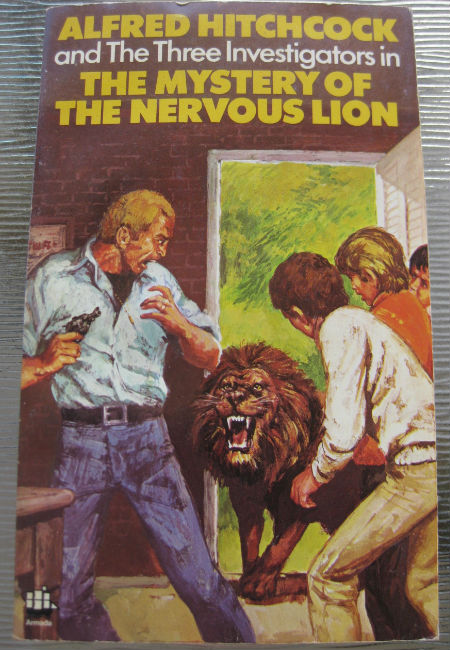 I loved the Alfred Hitchcock and the Three Investigators series as a child.

Jupiter “Jupe” Jones, Peter “Pete” Crenshaw, and Robert “Bob” Andrews, from Rocky Beach, California, who were all surmised to be around 13-14 years old – their true ages were never revealed save for being too young to get a driver’s license – were everything I longed to be.

They had a secret junk yard hideaway, the entrances to which were hidden from view, had a nemesis Skinny Norris (who they naturally bested on a regular basis, an attractive idea to an oft-bullied kid like myself), and got to investigate all sorts of challenging mysteries that often looked supernatural in origin but were often the work of nefarious mere mortals.

The 43 book series, which ran from 1964-1987, was the idea of Robert Arthur Jr (who authored 10 of the titles; other authors included William Arden (Dennis Lynds), Nick West (Kin Platt), Mary Virginia Carey and Marc Brandel (born Marcus Beresford)), a one time editor of several Alfred Hitchcock Presents anthologies for adults and juvenile readers.

For a detailed history of the series check out TunnelTwo.com. 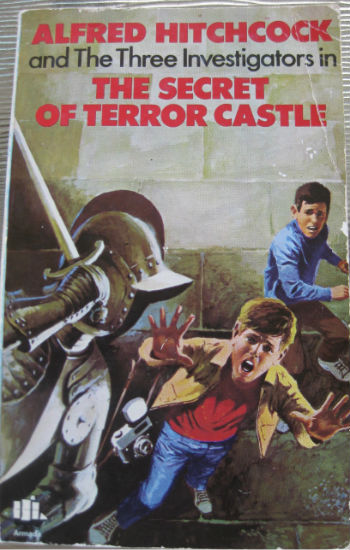 He believed that referring to the name of the celebrated director of countless successful movie thrillers in the titles would add an extra cachet to the juvenile mystery books.

Whether that aided sales or not at the time I can’t say.

Certainly, I was only dimly aware of Alfred Hitchcock (who I assume gave his imprimatur to the series though I haven’t been able to confirm that), and read the books because they offered an escape from my less than exciting childhood.

But it was an intriguing premise which was given extra impetus by the fact that Pete’s dad worked as a special effects man in Hollywood, meaning the boys inhabited a world more glamourous than most, and by specially inserted prologues, purportedly from the great director himself, and epilogues where he sat and dissected the mystery with Jupe, Pete and Bob.

For all those rarefied connections though what the boys did was made accessible enough for any kid to dream they could emulate it. 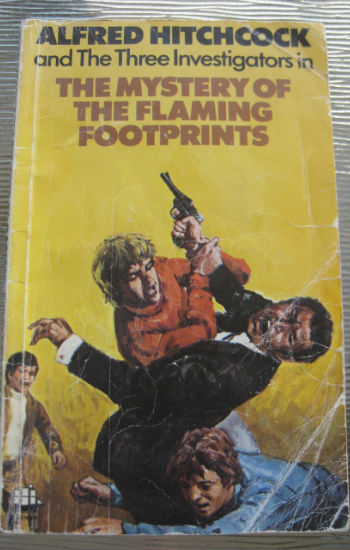 They didn’t have a lot of resources at hand, having to make do with telephones and libraries to source their clues, getting where they needed to be by bicycle (and sometimes thanks to Mr Hitchcock, a chauffeur-driven vehicle), and their ability to solve the mysteries largely came down to Jupe’s gift for seeing a pattern in the clues, Bob’s research skills (his dad is a newspaper man) and Pete’s talent for making deductions based on what they’d discovered so far.

While I never launched my own childhood detective firm, and failed to convince my parents to start their own salvage business so I could hide a secret HQ inside it, I always felt like the adventures the Three Investigators got to go on were the sort of thing I could do if I wanted to.

And it was that mix of the achievable and the fantastical that had me hooked from the first book I read in the series.

Clearly even in our online-obsessed age, there’s still a place for three plucky young teenagers with an eye for detail, a taste for adventure, and the willingness to go wherever the lure of a good mystery takes them. 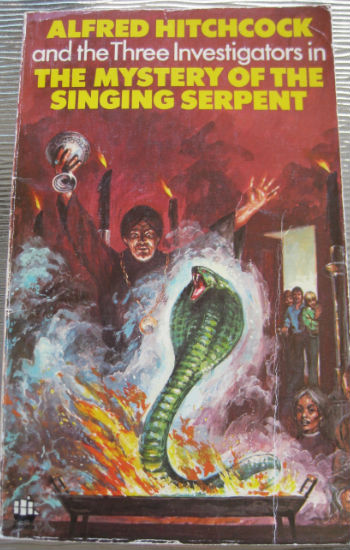 The full list of titles in the American series (which are the ones released in Australia):