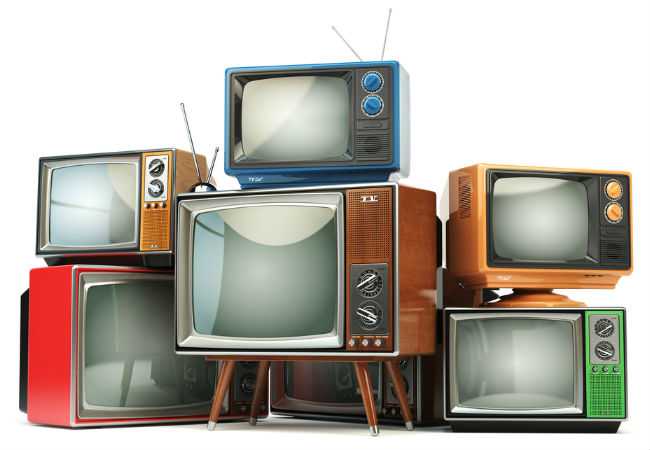 So much TV, so little time.

Honestly, while other people may fantasise about having lots of money and time to lie on a beach in the south of France, float idly on a riverboat down a quiet burbling river or indulge their love of extreme macrame-making (trust me, it’s totally a thing: OK, it’s not but it should be), all I want is unlimited time to catch up on the roughly 60 gigazillion TV shows I have yet to watch.

That’ll likely never happen – why universe why?! – but if it should, I will definitely be adding these shows to my long and ever growing list, one, I suspect, will likely pursue me into the grave (where I hope the afterlife includes a Netflix subscription and unlimited cable access).

Until that hopefully far-off day, I will keep trying to find the time to watch all the tantalisingly intriguing shows that cross my path including the first two new ones which look suitably and appealingly quirky and Outlander which, amazing even myself, I am completely up to date with.

SNAPSHOT
Set in a world somewhat like our world, in a time quite similar to our time, “Maniac” tells the stories of Annie Landsberg (Emma Stone) and Owen Milgrim (Jonah Hill), two strangers drawn to the late stages of a mysterious pharmaceutical trial, each for their own reasons. Annie’s disaffected and aimless, fixated on broken relationships with her mother and her sister; Owen, the fifth son of wealthy New York industrialists, has struggled his whole life with a disputed diagnosis of schizophrenia. Neither of their lives has turned out quite right, and the promise of a new, radical kind of pharmaceutical treatment—a sequence of pills its inventor, Dr. James K. Mantleray (Justin Theroux), claims can repair anything about the mind, be it mental illness or heartbreak—draws them and 10 other strangers to the facilities of Neberdine Pharmaceutical and Biotech for a three-day drug trial that will, they’re assured, with no complications or side effects whatsoever, solve all of their problems, permanently. Things do not go as planned. (synopsis via IndieWire)

So this looks trippy, weird and thus, in my world, compulsively viewable. While that off-centre recipe doesn’t always work – Exhibit A is Legion 2 which lost me despite its imaginative flourishes – but in this case it could just work. Based on a Norwegian series of the same name, Maniac is given only the barest of introductions in the teaser trailer and we will have to wait until 21 September when all 8 episodes premiere in one bingeable block on Netflix.

SNAPSHOT
Jim Carrey stars as Jeff, aka Mr. Pickles, an icon of children’s television, a beacon of kindness and wisdom to America’s impressionable young minds, who also anchors a multimillion-dollar branding empire. But when Jeff’s family begins to implode, he finds no fairy tale or fable or puppet will guide him through the crisis, which advances faster than his means to cope. (synopsis via Laughing Squid)

We all do it to some extent; juggle our inner and outer personas, tailoring to the audience at hand, whether they be friends, family or work colleagues. The gap is that much greater for public figures and in the Michel Gondry-directed Kidding, we see how one man, in this case Mr Pickles, a Mister Rogers-type figure, handles the increasingly huge chasm between his mild-mannered kid-friendly TV persona and his private life which begins to look a whole lot different to what most people would expect. Expect to be riveted and entrance by Gondry’s unique storytelling approach which is both ardently imaginative and deeply emotionally-evocative.

Kidding debuts on Showtime on 9 September at 10/9C.

SNAPSHOT
The plot of the series will reportedly follow the fourth book in Diana Gabaldon’s Outlander saga, The Drums of Autumn. Per the author’s website, the novel follows Claire, Jamie, and his nephew Ian as they “seek to find a place for themselves in the colony of North Carolina, treading a dangerous line between Governor Tryon’s patronage and Claire’s knowledge of the brewing revolution in America.” (synopsis via Town&Country)

Right at this moment, we are in the midst of what fans of Outlander called Droughtlander, that seemingly interminable period between seasons. The good news this time around is that the gap between seasons three and four will not be anywhere as great as that between previous seasons, and so it won’t be too long before the enjoyably sudsy melodrama of life with James “Jamie” MacKenzie Fraser (Sam Heughan) and Claire Beauchamp Randall/Fraser (Caitriona Balfe) continues on, this time in the New World where, as per usual, danger and intrigue await in unsettling large amounts, joined by an unsettling message from the future that could change everything. Can’t wait!