I adore a blog call Popservations (http://www.popservations.com/) , which showcases all sorts of cutting edge, cool music, and being the music junkie that I am, I naturally spend an inordinate amount of time there sampling the music, dreaming of iTunes downloading (it does make for odd heavily melodic dreams that involve much abuse of my over used credit card), and enjoying wave after wave of brilliant music recommendations. What I love most is that the author of the blog, Jonathan Pop, loves his music, and his enthusiasm is infectious. He wants you to discover the music, love it, adore it, and have fun discovering even more. Not wanting to disappoint someone I don’t even know, I naturally join in wholeheartedly, listening, downloading and wallowing in sonic fun till my ears bleed (happily), my wallet wonders what hit it (virtually of course), and I want to dance around and around my bedroom till the carpet has a ring worn into it.


So, in the spirit of manic music acquisition, here’s some music I have discovered from Johnathan’s fabulous blog. Enjoy and be sonically thrilled….

Is there anything this comic icon cannot do? She’s 89, back on the cultural radar like nobody’s business, and now she’s hitting the dance floor with an enormously catchy song that could have sounded like a cheap novelty song if the beat wasn’t so catchy, and Luciana wasn’t such a talented singer. Betty manages to sound sassy and very much a woman who believes she’s still hot, all the while surfing the zeitgeist to hit another crest of relevance. I am impressed Betty and Luciana, mightily impressed and dancing like a manic monkey just off Mogadon!

“Eyes” – Kaskade feat. Mindy Gledhill
http://www.youtube.com/watch?v=t7RyZ4Zf4Dk
What sets this song apart is Mindy Gledhill’s breathlessly ethereal vocal that soar and duck and weave with each melodic turn. The music is irrestibly catchy and euphoric, and builds to a gorgeous climax, but it’s her vocals that define and create that all too elusive goosebumps on the back of the neck feeling. Beautiful, danceable joy. 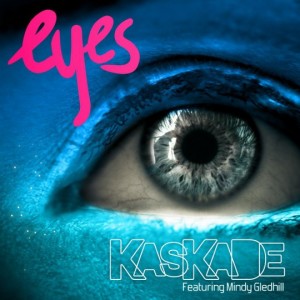 “Make a Scene” – Sophie Ellis-Bextor
http://www.youtube.com/watch?v=4p3F1w08xAY (Revoution)
http://www.youtube.com/watch?v=yxR5YIb3Q-0 (Bittersweet)
Dance music is often seen by its detractors as mindlessly easy to make with one track interchangeable with another. It’s an easy accusation to level if you haven’t given much thought to what makes a track catchy, and oh-so-irrestable, and if you have forgotten that the simplest sounding music is often the most complex to construct. Right ABBA?
This album hasn’t garnered the most positive of reviews which strikes me as odd, and somewhat snobby on the part of music reviewers. Sophie is variously described by her critics as a follower, playing catch up to the likes of Kylie Minogue and yes even Britney Spears, or as a second tier player incapable of real originality or enduring creative output. What seems to be missed is that she creates with her collaborators very catchy electropop, that is placed into a class all its own by her voice, which enunciates beautifully, and has a one-of-akind- melodic trill to it that is as distinctive as any pop singers voice. 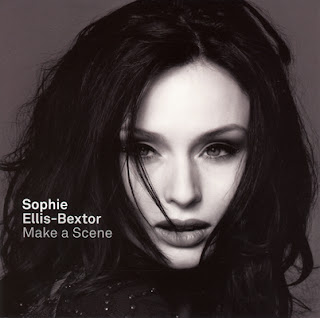 She bursts out of the gates with confidence, nailing three great tracks, Revolution, Bittersweet (which didn’t perform as well as a single as hoped) and Off & On in quick succession before a recycled track, Heartbreak (Make Me a Dancer), courtesy of the Freemasons production team, bursts through, reminding me why it is Sophie is not second tier at all. They capture the dynamic emotiveness in her voice beautifully and the track charges through at full pace from start to finish, daring you to sit still and not join in the pell mell sonic rush.
From there things get  a little more formulaic although tracks like Can’t Fight the Feeling, Starlight and the closing ballad, Straight to the Heart, stand out, and make this album her strongest effort to date and the sort of catchy electropop that many others wish they’d made.