Death has a finality to it, marking the end of our physical existence here on earth.

But as the recent news out of J D Salinger’s estate confirms, it is not necessarily the end of releases by an author.

Timed to coincide with the release of Shane Salerno’s poorly-reviewed documentary about the reclusive author’s life and legacy – slate.com noted its “tone of solemn, literal-minded vulgarity” – it was announced that five books by Salinger, including a short story sequel to the iconic Catcher in the Rye titled The Last and Best of the Peter Pans starring the author’s best known protagonist Holden Caulfield, would be published between 2015 and 2020.

Other titles set to supposedly see the light of day are A Counterintelligence’s Agent’s Diary and A World War II Love Story, both of which draw on his experiences during and after the war respectively, The Complete Chronicles of Seymour Glass featuring one of his most frequently recurring characters, and A Religious Manual, which recounts his devotion to Advaita Vedanta Hunduism in the latter years of his life.

Quite whether the books will ever actually appear on bookshelves is another matter entirely since neither Salinger’s family or his publishers had anything to do with the documentary and have refused to make comment on its claims.

Take A Moveable Feast by Ernest Hemingway which was released in 1964, three years after his death.

The book, which recounts Hemingway’s creatively rich but financially impoverished time in 1920s Paris with the likes of F. Scott Fitzgerald, Gertrude Stein and James Joyce, during which he was a correspondent for the Toronto Star, and gathering material for his debut novel The Sun Also Rises, was edited by his fourth wife Mary who drew on old manuscripts and notes by her husband.

Critics almost universally agreed that it captured his singularly unique voice largely based as it was on a final draft he had completed in 1959-60 while working on another book A Dangerous Summer.

Not so well received was True at First Light, released in his centennial year in 1999 to much fanfare and hype.

Edited by Hemingway’s son Patrick down from 200,000 words to more svelte 100,000 or so, it’s controversial blend of memoir and fiction told of an East African safari undertaken by Hemingway and wife Mary in 1953-54 during which the couple almost lost their lives in two successive plane crashes.

While Hemingway scholars considered it a valuable addition to his impressive canon, many critics did not, with Joan Didion, writing in The New Yorker in 1998, excoriating the Hemingway family for, in effect, tampering with Hemingway’s artisitic voice:

“The publication of unfinished work is a denial of the idea that the role of the writer in his or her work is to make it”, she wrote, adding that True at First Light should not have been ‘molded’ and published.”

There are arguments back and forth about whether Hemingway himself was in favour of posthumous publication of his works, but the fact remains that the books did make it into the public domain and people, for better or ill, were able to enjoy some final moments with the gifted writer long after his suicide in July 1961.

At least Hemingway lived long enough to see many of his works published to near universal acclaim.

Stieg Larsson on the other hand, a Stockholm-based journalist and writer who died in 2004 at the age of 50, never got to witness how wildly popular his Millenium series of books would become on their release.

The series, which comprised the books The Girl with the Dragon Tattoo, The Girl Who Played with Fire and The Girl Who Kicked the Hornets’ Nest and was written by Larsson as a way for him to relax after a day at the office, had sold 65 million copies by 2011, earning him a slew of prestigious awards along the way.

Hollywood too came a-calling with the books being turned into two successful movie franchise in both Swedish and English.

While his surviving partner Eva Gabrielsson, an author and political activist in her won right, has confirmed there is a fourth unfinished book in the series which she claims to be more than capable of finishing, and there are rumours of other partially written books, the odds of any of them being published are slim until court action between Gabrielsson and Larsson’s estranged family are eventually settled.

Both Larsson and Hemingway’s posthumous releases raise the issue once again of whether an author’s work should be released at all following their death with literary critics split about the merits of doing so. 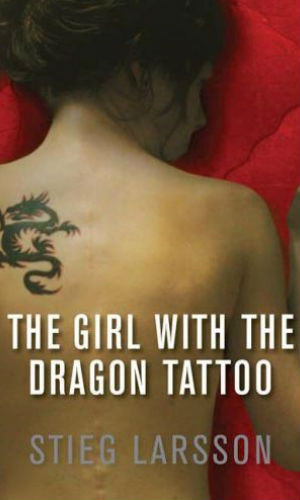 But at least these books were largely the works of the authors whose names adorned the cover.

A far more vexing issue is when another author is contracted to write an entirely new book based on the works of a deceased writer.

In this instance the intent, usually on the part of the writer’s estate, is to capture the spirit of the now departed author’s work, either by reviving one of their more well-loved characters or by continuing a series that may have ended inconclusively or for which people are hungering for further instalments.

Authors who have had new additions to their canon added long after they had the power to do it themselves include the likes of Margaret Mitchell, Gone With the Wind (Scarlett by Andrea Ripley), Ian Fleming,the James Bond novels (Jeffrey Deaver, Kingsley Amos, and Raymond Benson have all been commissioned by his estate), and Kenneth Grahame, The Wind in the Willows (a series of new books including The Willows in Winter and Toad Triumphant by William Horwood).

One rather highly visible recent instance of this trend is the announcement that Agatha Christie, who died way back in 1976 not long before her final novel Sleeping Murder which chronicle one of her much loved character’s Miss Marple’s last case, was published, is soon to produce a new work.

More accurately, of course, her estate has asked British crime writer Sophie Hannah to write a new Poirot novel, which is due to appear some 94 years after the first book featuring the plucky, diminutive Belgian with the healthy ego hit the shelves.

A lifelong fan, Hannah is thrilled to be given this opportunity:

“It is almost impossible to put into words how honoured I am to have been entrusted with this amazing project. It was Christie’s brilliant plotting and deep understanding of the human psyche that shaped my identity as a crime writer.”
(source: abc.net.au)

For their part the Christie estate, represented by her grandson, Mathew Prichard, are excited that they have found someone to perpetuate the much loved writer’s legacy:

“Her idea for a plotline was so compelling and her passion for my grandmother’s work so strong, that we felt that the time was right for a new Christie to be written.” (source: abc.net.au)

You could well argue that Agatha Christie hardly needs any help keeping interest in her work alive since at last count her books are so popular they were only being outsold by the Bible and the works of William Shakespeare.

Even so, it will be interesting to see how accurately Sophie Hannah captures the unique voice of the bestselling novelist of all time (according to the Guinness Book of Records) and how well the new book is received by fans of Christie’s work.

Debate continue to rage on fan forums and in literary circles about the worth and even the necessity of commissioning new works by authors who have long since shuffled off their mortal coils.

Are the new works canon? Isn’t it better to leave the books are they are and not tamper with much loved characters? And can anyone, even a long time devoted fan, ever get inside the head of an author to the extent that they can sound exactly like them? And should they even try?

Whatever the answers are to these almost unanswerable questions, the fact remains that regardless of the worth of these new books, there will always be a hunger among fans, especially in our sequel-crazy present, to see what happens next.

And whether this need is met by previously unknown original works by the author, or by new books commissioned by their estates, you can bet your next Poirot installment that the releases won’t stop coming anytime soon.