I love a good sitcom. 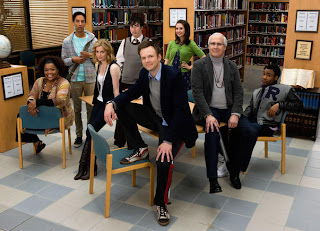 But I adore truly great clever ones, and it has to be said, COMMUNITY is one of the best for years. It is edgy, clever, funny, takes risks, and still somehow manages to be sweet and touching without resorting to mawkishness. While the cast, all students at the fictional Greendale Community College, at first looks like a pragmatic exercise in politically correct casting, the writers never resort to easy cliches, and if they ever trade on a particular group’s cliches, it’s only to make a point, and it’s made so elegantly and with such humour, you don’t realise it’s been made till it sneaks up on you and you have one of those delicious “Aha!” moments that makes watching TV so special. 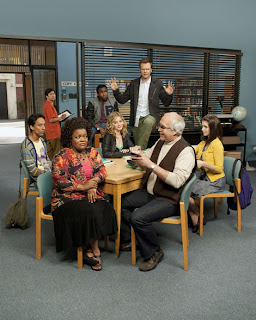 What has been so awesome about watching season 1 of this show is that feeds off pop culture, mostly through the pop culture addicted lens of Abed, in ways that leaving me gasping with admiration for the skill of the writers. The paintball episode, Modern Warfare where everyone competed for a sole priority registration slip, is an exquisitely good case in point employing with creative dexterity almost all the action/apocalypse/buddy movie cliches in a package so clever it told a story, displayed some real heart and soul, revealed some more about the characters, and in the case of Jeff and Britta, advanced their relationship, and did it all with an economy of style and visual lushness that made me want to hug my TV set. 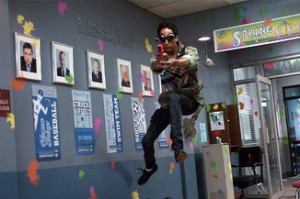 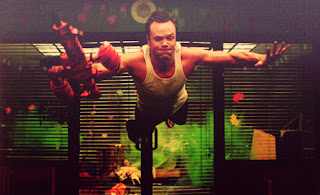 It was truly that good and I am scooting off to iTunes now to download and then feast on season 2.