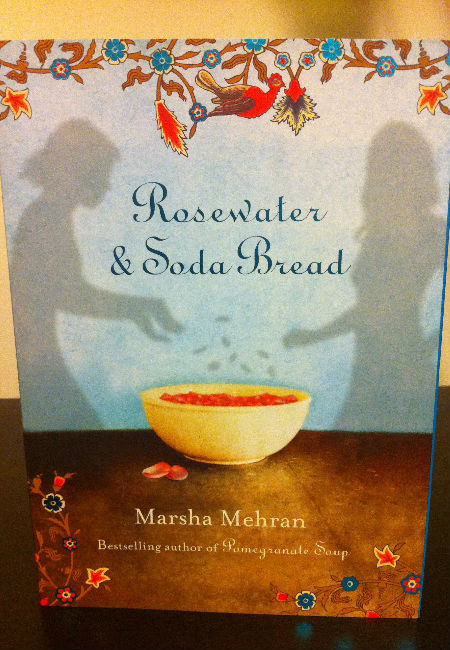 The object of this series, which I am running in conjunction with my wonderful friend, Elle, who blogs at Inkproductions.org (well-written, entertaining and thoughtful articles on all things writing and blogging-oriented) is to grab a long-neglected unread book off our shelves, speculate on what we think the book’s about based solely on its cover and then – ta dah! – reveal what the book is really trying to say.

Is it unfair to judge a book by its cover? We’re about to find out!

WHAT I THINK THE BOOK IS ABOUT
Two young princesses, whose eyes were always too big for their bellies, chance upon the castle of an all powerful magical giant one day.

They discover the walls covered in exquisite silk tapestries, the floors paved with jade and amethyst and the tables groaning under the weight of food both delicious and voluminous.

Their greed getting the better of them, they begin to eat everything in sight, devouring hams and foul of all kind, candied potatoes, and cheesecakes without number.

Full beyond reason, they collapse to the floor and fall immediately to sleep, which is the giant finds them a little later the same day.

Enraged at their greed, and more than a little put out that they hadn’t touched the brussels sprouts with almonds and coriander he had spent all day preparing, he condemns them to an eternity of existence as shadows never to eat again.

And so they remained, only ever able to flit about in the shadows of repasts and feasts, their only distraction scattering odd ingredients into dishes to the befuddlement of chefs throughout time (and inadvertently giving birth to Asian Fusion).

WHAT IT’S ACTUALLY ABOUT
Mehran resumes the tale of the Aminpour sisters so vividly portrayed in Pomegranate Soup (2006). The three refugee Iranian young women have now become fixtures in the Irish hamlet of Ballinacroagh, where they run a popular café serving fine Persian food to plain-eating Celtic townsfolk. Thanks to articles written by a local newspaperman, their little eatery has garnered national notice. The women’s quotidian contentment gets upended when a rural widow reports finding a girl bleeding and wounded on the beach. This waif’s odd webbed fingers make her seem a virtual mermaid. Mehran offers insights into the nascent nation of Asian and South European immigrants seeking futures in the Emerald Isle. As these outlanders gain recognition, the native population reacts ambivalently. For all their robust living, Mehran’s Irish are a familiar and universal mix of libido and repression, piety and profanity, xenophobia and generosity. (Source: Mark Knoblauch, Booklist via Amazon)