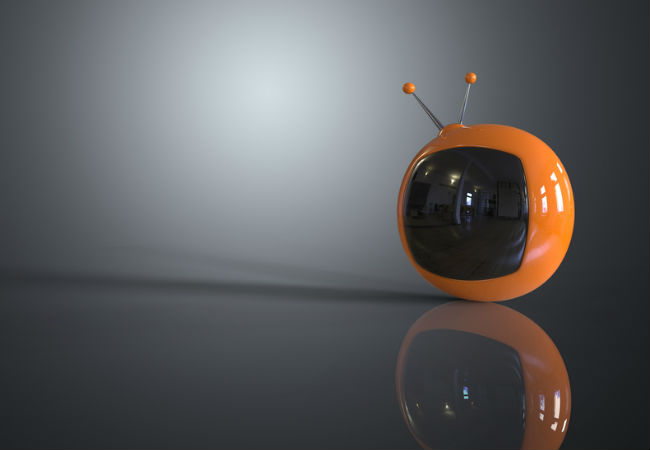 The Blacklist is one of those shows that seemed to spring forth fully-formed when it premiered on NBC on 23 September 2013.

Possessed of an intriguing premise – one of the world’s most wanted criminals, Raymond “Red” Reddington, played with uncompromising joie de vivre and glee by James Spader, comes to the FBI, and specifically rookie profiler Elizabeth Keen (Megan Boone), to whom he surrenders with the offer of a list of the world’s worst criminals and how to find them – a terrific cast and a much more complex and substantial storyline arc than simply catching a baddy a week, The Blacklist was a rare and intriguing creature.

Even better, it knew how to use music, to accent a scene, embellish tension or amplify melancholic loss, a skill it has never lost with season three making exquisitely good use of a number of artists and their achingly moving songs to create a vivid sense of emotional time and place.

So good are many of the songs in fact that episodes are spent with an app called Shazam, which “listens” to the music and plucks the artist and title out of the digital ether, activated and ready to go.

The result after a season of gripping drama and immersive emotion are these five songs from exemplary artists who underscore how utterly perfect The Blacklist, the fourth season of which premieres on 22 September 2016 with “Esteban”, is at building its narrative with the help of music.

Listen, enjoy and be intrigued.

THE EPISODE
Liz, though exonerated, finds adjusting to normal life difficult without being an FBI agent. She is stripped of her concealed carry permit, has difficulties finding a new apartment and passersby look at her with suspicion. Marcus Caligiuri, an international criminal, kills Mr. Kaplan’s team of cleaners as a warning to Reddington that he knows about his connection to the FBI, endangering his criminal empire. In response, Reddington has the task force look into a gathering of criminals which includes Caligiuri, and their hunt leads them to a man who claims to be Raymond Reddington. In the box at the post office, the impostor warns the task force that Caligiuri plans to kidnap an FBI executive to expose Reddington as an informant. The kidnapping succeeds, which forces the task force to offer the impostor immunity in exchange for infiltrating the criminal gathering. The real Reddington, however, joins the meeting first, and the late-arriving impostor is then falsely presented as the FBI asset hired by Caligiuri to betray the gathering of criminals. Both are then killed by Reddington, restoring his reputation among his fellow criminals. Beyond suspicion once again, Reddington tells Liz the impostor was his friend, Gregory Devry, a con man dying of cancer who sacrificed himself to help Reddington. Meanwhile, Tom proposes to Liz again, a prospect that Reddington explicitly forbids. Liz is assaulted in the street, and during her recovery in the hospital, she finds out that she is pregnant. (synopsis via Wikipedia)

THE SONG
With the lyrical refrain “I gotcha where I want you”, the song “Pays to Know” by Los Angeles-based MyPet, oozes menace, seductive emotion and the sense that you’ve walked into a trap and cannot escape. The costs will be great and there is no guarantee of a happy ending nor of a return to normalcy such as it is.It nails the mood of the episode which quickly shifts from elation at the manhunt that had Liz and Red on the run done and dusted with some justice done to the realities of a new reality with none of the certainties of the old.

THE EPISODE
(see listing above for MyPet)

THE SONG
Hailing from Montreal, Canada, Half Moon Run give us a song replete with salutary lessons about the dangers of fighting with fire with fire and the fallout that results. There is no such thing as a clean and easy result, even if it appears that way at first, and as Red, Liz and the rest of the members of the Taskforce grapple with the consequences of the first ten episodes and the do-or-die tactics that filled them, with the plaintive, soaring vocals and gorgeously brooding melody and portentously pounding background beat time and again noting that “All you did was learn a terrible lesson”.

THE EPISODE
Tensions within the post office begin to endanger the relationships within the task force, as Cooper is sleeping in his office after separating from Charlene, and Ressler and Navabi are partnered together on their next case. A series of grisly murders, including the murder of one of Reddington’s associates, prompts the task force to track down the Vehm, a group of religious fanatics who hunt and kill pedophiles. Reddington, not convinced that his associate was a pedophile, suspects that someone involved in money laundering is controlling them to also eliminate the competition. The investigation leads Reddington to a priest who has been using the Vehm to target money launderers under the pretense of murdering pedophiles. Reddington then turns the Vehm on the priest by convincing them they were tricked. The priest is killed, and the Vehm become allied with Reddington. Meanwhile, Liz ponders whether to keep the baby she is about to have or put the baby up for adoption. Tom is eager to start a new life with Liz, but his plans to take Liz with him are sabotaged when Reddington interferes by cutting off his career opportunities and placing Liz under his protection and surveillance. (synopsis via Wikipedia)

THE SONG
There is a bluesy darkness to this highly atmospheric guitar-driven track by Duluth, Minnesota-based Low which perfectly augments that talks of the fact “That your hands were tied” with all its implied inevitability and lack of control. Red may appear beneficent but as we’ve come to appreciate, his largesse, which appears in equal proportion to his threats and rampant self-interest, comes with many strings, all tied together in a way that entraps with obligations as much as it gives and frees.

THE EPISODE
The task force pursues Alastair Pitt, the head of an organization called the Promnestria, which brokers arrangements between criminal empires for profit. Pitt is brokering a merger between two warring crime families by arranging a marriage between their children. The groom-to-be is already engaged, so Pitt has his fiancee killed and blames it on the other family. To stop the violence, the two children agree to get married. Reddington infiltrates the wedding party to stop it by exposing the truth about the fiancee’s murder, forcing Pitt to reveal himself before the FBI swoops in. They arrest everyone except Pitt, who is taken by Reddington to France, where years ago, Pitt arranged a similar marriage between a woman Reddington loved and a man who eventually beat her into a catatonic state. Tom, seeking money to take Liz away from Reddington, seeks out Gina Zanetakos, who brings him in on an elaborate but successful jewelry heist. Liz works with an adoption agency for her baby, but while a couple has agreed to take the baby, they insist on a closed adoption that would prevent Liz from seeing her child. Samar has to handle the news that Levi, her former Mossad partner and ex-lover, is engaged to someone else. Reddington kills Alistair Pitt because Josephine had her life disgraced by an arrangement of Pitt. Josephine is alive and catatonic in a wheelchair and Reddington say that it’s done. (synopsis via Wikipedia)

THE EPISODE
If anyone captures the agony of the inequity of emotions that come from revenge being taken successfully, and the lack of true satisfaction that results, momentary sense of victory aside, it’s Australian Robert Forster who uses devastatingly emotional acoustic guitar to strip the stuff of life back to its often unpalatable but truthful basics. “Alistair Pitt” is all about the double-edged sword nature of life and how even victory can often come tinged with the sadness and futility of emptiness of defeat.

THE EPISODE
Reddington brings Liz a case involving a series of abductions of children who have special needs. One of the abducted children is found, leading the task force to investigate the child’s parents and an employee of an adoption agency who takes children unwanted by one of their parents to Lady Ambrosia. In turn, Lady Ambrosia and her son, who also has special needs, take care of the children and, when they turn twelve, euthanize them in a magical spectacle for the other children. Reddington abducts their accomplice from the adoption agency and tortures him to reveal the location of Lady Ambrosia’s school of children. He takes one of the girls and leaves Lady Ambrosia to be killed by her son, who then commits suicide, while the other children are taken to safety by the task force. The girl Reddington rescued is returned to her mother, who returns the favor by giving him a file with information on Katarina Rostova, Liz’s mother. Liz finally finds a couple who will take her child in an open adoption, but needs Tom’s consent to complete the adoption. Unbeknownst to Liz, Tom is betrayed by Gina, who has him shot and left for dead. He survives long enough to be found and taken to a hospital. (synopsis via Wikipedia)

THE SONG
Life can be both just but also viciously, capriciously cruel. How can you cope with these exhausting, life-enervating extremes? Alas there is no rule book but Don Brownrigg, hailing from Newfoundland, Canada gives us its wistful, accepting soundtrack in “Just Breathe”, a song suffused with the calm acceptance of the awfulness of life and the sense of peace that comes from surviving and living through the worst of it. It captures beautifully the ineffable sadness and loveliness of life in one exquisitely captivating song that is all emotion and unavoidable truth.