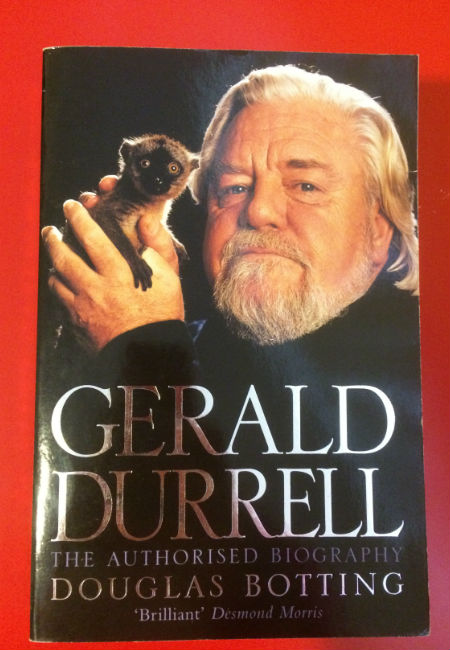 I have always been a voracious reader.

As a child I devoured anywhere between 75 and 150 books a year – and yes, I have the geeky award cards from the school librarian to prove it; this explains, of course why I was so wildly popular with my peers during my formative years … or not – my tastes ranging from the quirky, almost fantastical Scandinavian fiction of Agaton Sax and The Moomins, to British fare like the Just William books to American series like The Three Investigators and The Hardy Boys.

While I quite clearly tended towards books that let me escape to worlds far beyond my own, a understandable consequence of spending my childhood running from bullies and small minded church people, there was one author in particular that grabbed my attention for precisely the opposite reason.

The books of author, naturalist and ardent conservationist Gerald Durrell, born in 1925 in India into a gleefully eccentric and loving family that he first celebrated in his book My Family and Other Animals, were firmly rooted in the real world, their central theme the need for humanity as a whole to be better guardians of this marvellously, exotically complex planet in which we live.

I am not quite sure where the conservation bug came from since my parents weren’t especially interested in the cause as such; what they did possess though was a keen interest in the world at large, with a decade spent in East Pakistan (later Bangladesh) in the 1960s and a love of magazines like National Geographic, all of which fed my voracious love of soaking up knowledge from any and all sources at hand.

Like all small kids I suppose I was fascinated with animals of every stripe but somewhere between ages five and ten, this morphed into a passionate commitment to protect the endangered wildlife of our planet, and Gerald Durrell and his funny, articulate and endlessly informative books became my window into that important world. 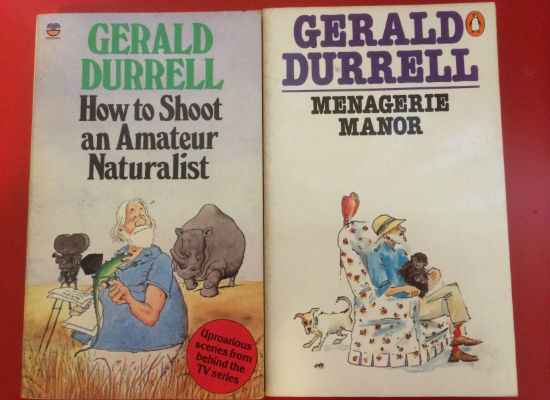 And like anything which truly captures my attention, I leapt in boots and all, reading every single one of his engaging books, marvelling at his witty turns of phrase, his brilliance for evoking a scene so vividly that you honestly felt like you were there, and his talent for bringing the animals he came across (many of which came back to what began life as the Jersey Zoo in 1958) to life in a way that wasn’t sentimentally anthropomorphic but retained a respect for their innate wildness.

He was a man who, through a childhood spent in places as diverse as London, England, and Corfu, Greece – it was the latter location that allowed him to indulge his nascent love of the natural world under the watchful eye and tutelage of his wonderful mentor of sorts Dr. Theodore Stephanides – grew to appreciate that there was more to nature than simply a place for zoos, circuses and museums to collect specimens, or for adventurous souls to go on holidays.

It was his passion for the natural world that instilled in me the critical need for ensuring that we do everything we can to protect this planet of ours, that reminded me at every turn that every animal, insect and plant was worthy of attention, and that we ignored the threats posed to them at our peril.

In Durrell’s eyes, it wasn’t simply a case of saving an animal because it was cute or telegenic.

He worked hard through the ’50s and ’60s, after an apprenticeship at Whipsnade Zoo as the “Odd Beast Boy”, to advance the idea that all animals, not just the pandas and elephants and such that commanded the lion’s (also popular with the public) share of attention, were increasingly endangered in our rapidly industrialising and urbanising world and that we need to save them all, no matter how appealing they may or may not be.

That’s why, for instance, he lavished as much time and energy on critically-endangered animals like the “Volcano Rabbit” or Teporingo from the mountains of Mexico as he did on the undeniably cute animals of Madagascar such as the Aye Aye and the lemurs (a particular focus of his work in the 1990s) and birds like the Mauritian Kestrel which was saved from extinction in the ’70s through his efforts. 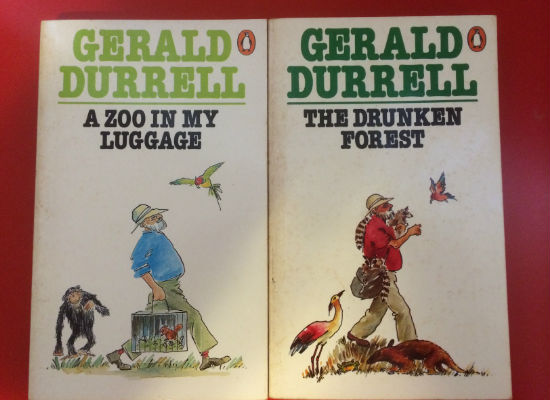 He kept working hard right up until his much-lamented death in 1995 to spread the word about conservation to every corner of the globe.

And apart from the large numbers of visitors that thronged to Jersey Zoo and his many TV appearances including as host of How To Shoot an Amateur Naturalist, it was his books, his wonderfully passionate books, that did the most, I think, to spread the word about the mission that happily defined his entire life.

What stood out most for me was the way in which he was able to transmit his great love of the natural world into print.

Many people, even the truly inspirational individuals who may reek of charisma and fascinating intellect in person, fail to adequately translate their spoken passion into the written word.

Despite their best efforts, their words fall thick and hard onto the page, failing to give off the sort of fervour that comes quite naturally to them in face to face situations.

The books of Gerald Durrell are quite a different matter altogether.

His lifelong fascination with the natural world, which fed a driving need to preserve it in all its many and varied forms, comes across loud and clear on every page.

It doesn’t matter if you are living in the concrete jungles of New York or London, or small town country Australia like I did, Durrell’s books bring animals, plants, entire ecosystems alive in a way that is relatable, that make sense to you even if you have never had direct contact with them, which let’s face it most of us haven’t.

He has that rare gift for communicating why these animals and plants and insects mattered in a way that transcended the insular experience of life most of end up with whether we like it or not.

It didn’t matter if you ever saw a lemur or a teporingo in real life – you knew after reading Durrell’s books, after soaking in his infectious enthusiasm for this particular animal, that their loss would be a loss not just for the country in which they occurred but for humanity as a whole. 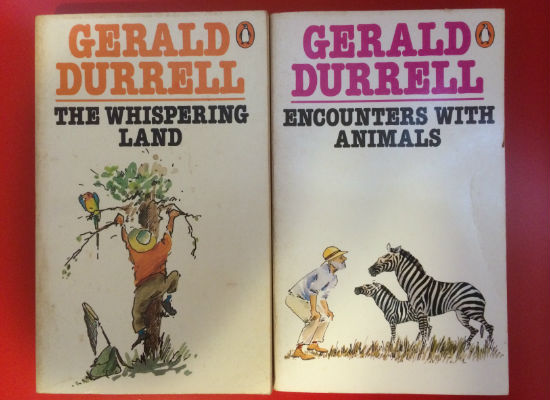 While I didn’t go on to a life of chaining myself to trees to stop them being logged, or working as a zookeeper, his books stoked a still burning passion for conservation that has never left me.

I avidly follow news about whether Indonesia is limiting the burning of its forests, or whether Japan will cease whaling after the IWC voted that it should do so, and contribute where I can to conservation organisations and zoos like Jersey Zoo and Sydney’s own Taronga Zoo, primarily because Gerald Durrell and his marvellously persuasive, beautifully written books.

I may have been, and have remained, an avid reader of all kinds of fiction but it was Gerald Durrell’s real life written accounts of the fast-disappearing natural world and his fervent evocations of its wonder and beauty and thus the desperate need to save it that truly changed my life and made me into the environmentally-conscious, far from insular man I am today.

And for that I will always be eternally grateful to him. 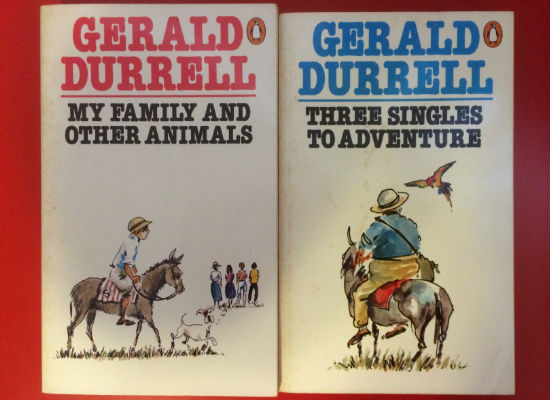 *Here’s a brilliant video from the Durrell Wildlife Conservation Trust about how Jersey Zoo, which Gerald Durrell established, has become a global conservation organisation fighting to save the animal and plant species of the world from extinction …

And here is a snippet of the man in action …

One thought on “Rip’d from the pages of my childhood: The life-changing books of conservationist Gerald Durrell”