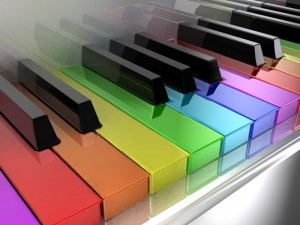 The siren song of Scandinavia has seduced me again and I cannot hold off bringing more of the talented artists from northern Europe.

My love affair with all things Scandipop began innocently enough back in the, ahem, 1970s when ABBA burst onto the scene and I fell completely head over heels in love with the best music I had ever heard. While ABBA are wholly unique and crafted the most sublime perfect pop I ever had the good fortune to hear, they were the inheritors and also the forebears of a gloriously rich music tradition that continues to this day with so many richly talented artists.

What I didn’t expect when I began to research this series was just how broad and deep the spectrum of artists would be. I knew from ABBA, Robyn, Annie and a number of other artists that I love that the Scandinavians have a particular knack for taking melodies that are simultaneously bubblegum happy and achingly introspective and marrying them with clever relatable lyrics that are refreshingly honest about the highs and lows of the human condition and beats that can be either dance floor fast or sitting-by-a-fire-at-am slow into winning irresistible songs. But that so many of them were doing it so consistently and well? That was a joyful surprise and a gift that keeps on giving and giving. 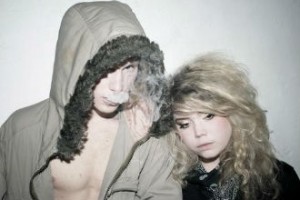 This is seriously hardcore dreamy music. Sound like a contradiction in terms? Not at all. It makes sense when you listen to this band’s music which wafts with elegance and beauty but never pointlessly or without backbone. It is ambient music yes but infused with all manner of global influences like hip hop and possessing what one reviewer has dubbed “swagger” (Pitchfork). As idiosyncratic as they come, they take great delight in blurring the line between genres and making gorgeous music that defies all preconceptions.

This goes for their publicity too. Notoriously media-averse, they seem to prefer to let their music speak for them. In age of media saturation, augmented by instant access via social media, this is all the more remarkable. But is hasn’t affected their popularity at all with the band, composed of JoakimBenon and Elin Kastlander finding success in the notoriously competitive and fickle U.S. market as well their native Sweden, and Europe. 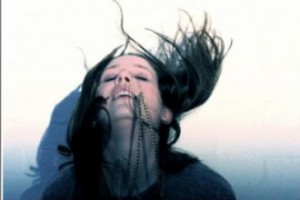 Contrary to the name she has picked to represent her on the world stage, Monica Birkenes, citizen of Sweden, and most definitely a woman, is not in fact a man. You may be thinking oh yet another quirky as a mad squirrel in the depths of winter Scandinavian pop goddess, but the delightful thing about Ms Birkenes is that, like Robyn before her, she has a boatload of commercial sensibility to go along with that idiosyncratic outlook.

So what you get is literate pop that drives you to the dance floor. It is ethereally beautiful at times too and her voice, which is all sweetness and light is more than a match for the punning beats that power a number of her songs. She also writes all her won songs, helps produce them, overseeing the recording of her excellent album, “Stones in the Attic.”

With an ear for a gorgeous melody, an intelligent lyric and the ability to meld them into a wondrous slice of pop, Mr Little Jeans is an artist with a very bright slap-on-your-sunglasses-to-avoid-the-glare future. 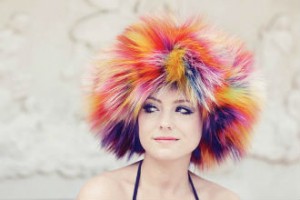 Proving that English is not always the language of pop, this Danish artist, who hit the big time with her massive hit Malene, sings in her mother tongue (with the occasional English phrase thrown in) and crafts a beguiling album that bounces along like a bright sunny summer’s day, stopping for the occasional wistful ballad on the way.

Her music is full of guitar licks, and lightly pounding drums and a surprising ballsiness to go along with the happy pop. The alluded to rock overtones signal that she is not interested in simply producing bubblegum pop that vaporises before it even hits the airwaves. Her music has substance and she’s clearly found her own voice, happy to make upbeat pop but pop that is remarkable enough that you will be humming her songs even when the iPod has been packed away for the night. 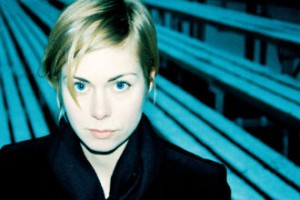 What a talented lady! She’s a singer-songwriter from Sweden who began her first band while she was living in Atlanta, Georgia, USA for a year. Moving back to Sweden she released a couple of EPs in 2003 before the release of her first full-length album in 2004, “Somebody Outside”. She followed that up with her breakthrough album, “Separation Road” in 2006 which established Anna as a talent to watch.

She hasn’t disappointed yet. Her most recent release, “The Night Visitor”, released in 2011 continues to reflect the evolution of a sound grounded in her sparse crystal clear melodies, and haunting emotive vocals. Much of her music is a gorgeous mix of meditative ballads but, and this is coming from someone with a hearty resistance to slow boring ballads, they are never the sort of songs you simply leave on in the background as aural wallpaper.

They are rather the sort of songs you want to linger in, immerse yourself in and soak up, willing the most beautiful pieces to never end. She has a rare gift for conjuring the most poignant of emotions in songs that never bore and certainly don’t outstay their welcome. 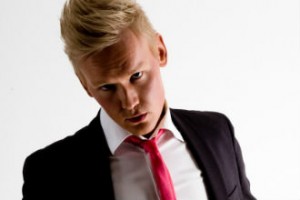 Awesomely down and dirty dance floor friendly electro pop. OK “friendly” is too tame a word for this unsigned artist’s catchy music. His songs don’t so much as chat to the dance floor in an amiable manner as dirty dance with it before leaving the club at 3 a.m. together for his home. Jonas looks every inch the pop star, and while he hasn’t released a full album yet, he has released six singles starting in 2008, with his newest effort, “Who’s That Boy?” (ah, a man after my own heart!) a dizzyingly infectious song if ever there was one.

FizzyPop!! said it perfectly when they reviewed “Who’s That Boy?” –

“Set over some luscious piano and a percolating beat, Jonas’ vocal sweetly glides over the music creating an engaging story telling world. It’s all quite pure pop until a more trippy, off-kilter beat & electro enhanced chorus provides a juxtaposition of sound that mirrors the intriguing lyrical hook of ‘who’s that boy on the dance floor’… Fascinating, intensive, addictive.”

A resident of Stockholm, Sweden, I can’t see how he won’t get signed by a major label and very soon. He has pop greatness written all over his very cute face.

This is not the end of it! I keep discovering more and more artists like Andreas Lundstet who has a powerful driving voice you have to hear to believe. But more on him next time. In the meantime, enjoy these tasty morsels of Scandipop!