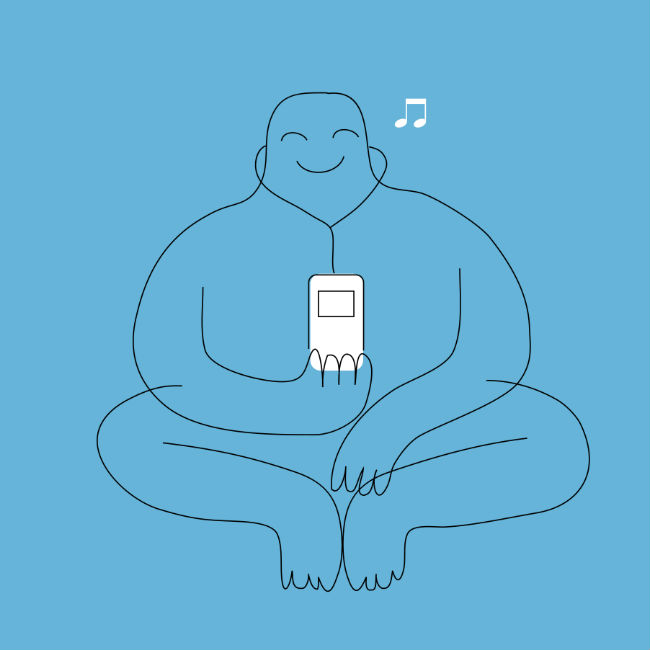 A month into the new year and it’s time to chill a little and think about life.

But to do that you need a great soundtrack right?

OK sure spiritual gurus may disagree – but we all know they’re plugging into their iPods the moment you’re gone – but music is often best experienced when it’s woven into the fabric of your life.

Which these songs will do leaving you all the richer for it.

There is one of those rare tracks that immediately, and I mean immediately elevates you somewhere else entirely almost immediately.

Jasia, better known as 18 year old Josiah Willows to his family, has crafted pop so beautiful, so extraordinary moving and so ethereal that are drawn into a dreamy world full of what Backyard Opera perfectly calls a “melted ice cream, swing-pushing-itself kind of vibe.”

Drawing on a multi-instrumental, enormously talented base, the classically-trained vocalist, violinist and guitarist has wrought in “Inverbatim”, a lush, sprawling synthesised landscape of inexpressible beauty, a transportive, near-meditative journey into all those perfect, exquisitely places in our soul that we suspect are there but never get to see.

It’s like standing in an sonically-charged cathedral and having melodies without number wrap themselves languidly and seductively around you, a balm for the soul that even at 5:30 is far too short.

“The News” by The Walking Sticks

If only the actual news was this pleasing to the ears.

Because The Walking Sticks, a Washington DC-based band made up of singer Chelsea Lee, and hip hop instrumentalists (and twin brothers) Spencer and Max Ernst, have pulled off that rare trick of wrapping darkness inside light with “The News”, giving us a song of immense melodic beauty augmented by Lee’s impossibly gorgeous vocals that sings of the end of a relationship and the way you move on.

It’s a “spoonful of sugar makes the medicine go down” that is soothing and lovely despite the darker subject matter that somehow seems able to be dealt with in this context.

And as the band observed, the song and lyrics fed off each other to craft the song:

“We wrote the music to “The News” first. There was a lot of tension between the strings and guitar, and power there. It felt like the climactic ending to a destructive relationship. These lyrics described that feeling for us – ‘I heard the news, he’s gone. Here’s what you do move on.'” (source: Paste)

Moving on is never easy but perhaps made a little easier by a song as ineffably delightful as this one.

“Mauri” by Fran Seven is one of those vast, sprawling and yet deeply intimate, instrumental tracks that you can happily lose yourself in almost entirely.

With notes hanging on and on far beyond their natural sonic lifespan and an insistent beat kicking determinedly in after the initial sparse but beautiful opening bars, the track by Amsterdam-based Dutch was released as part of label Atomnation’s #ATMCO2, a compilation of the best of 2015’s tracks from their artists.

Listening to “Mauri” you can help but feel as if you are being pulled ceaselessly and yet blissfully across lands that stretch from horizon to horizon, and oceans without end, passing people, places, things on an endless journey through time, space and a thousand stops inbetween.

This is immersive music that will not easily let you go and frankly you won’t ever want it to, willing the musical journey to carry on forever if possible.

There is a brooding intensity to “Figurine”, the first single by Danish singer/songwriter Baby Blood aka Lucy Love, that arrests the senses on just about every level.

Moody vocals, a slurring, dark but attractive melody that wraps itself around the lyrics like a snake around prey and seductive barely-whispered spoken word interplays combine to dramatic effect in a song that isn’t so much listened to as experienced.

It’s music best suited to languorous late nights where the mood is one of quiet but rigorous reflection and you’re leaning back with close friends pondering life in the sort of deeply meaningful way that only seems to happen in the early hours of the morning.

“Portrait” by Breakfast in Fur

With breathy ethereal vocals that seem to waft all around you from no direction in particular, “Portrait” by New York state-based band Breakfast In Fur, is a study in measured musicality that doesn’t seem to be in a hurry to get anywhere.

And that’s a good thing since it’s the kind of pop that begs to be listened to when you have all the time in the world, and can take in the thoughtful lyrics and meandering melody.

It’s the latest track to be released from their 3 February release Flyaway Garden which promises more of this richly-imaginative, contemplative pop.

Want to think about life to a great soundtrack? “Portrait” is your song.

Love is a beautiful thing – that pretty goes without saying (but you’ll notice we said it anyway).

Mutemath have captured the intensity and devotion of love in their song “Monument” which speaks of the great need you have when you find that perfect someone to create a celebration of everything you love about them.

If you have a relationship that stands the test of time, like Charles “Lala” Evans who features in the clip and whose wife died just days before their 60th wedding anniversary, prompting him to turn their home into a museum to his beloved – he was featured on Ellen recently and was moving and charming in equal measure – it happens naturally, everyday becoming a monument to how much they mean to you.

This is a beautifully upbeat song with a deeply poignant clip that can’t help but touch you and make you fall in love with love all over again.