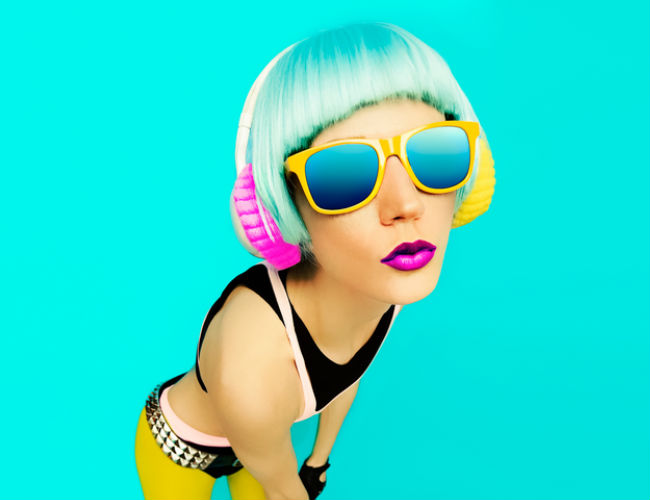 I cannot imagine a life without music.

It is quite literally the soundtrack to my day, adding lustre to the banality of commuting, providing melodic breaks to otherwise frantic work days and making parties, dinners and just time alone that much richer with atmosphere-enhancing tunes.

And unlike many people my age who long ago gave up on listening to new music – not judging at all; that’s simply how it is – I love coming across new artists with great exciting genre-pushing which manifests in obsessive following of music blogs and the acquisition of CDs (yes I still buy select ones!) and downloaded songs.

Needless to say that the average year includes lots and lots of news songs but there are a number in particular, 16 to be exact, that have cut through some very pleasurable clutter and risen to the top of the iPod heap.

“Tearing Me Up” by Bob Moses

I discovered New Yorkers Tom Howie and Jimmy Vallance known collectively as Bob Moses on The Ellen Show and their song “Tearing Me Up” immediately grabbed my attention and didn’t let go. A slow-pulsing, growling affair of a song, it’s full of unrequited loss and messy intentions and sounds like it.

You can read my full review of “Tearing Me Up” at Now This is Music #63.

“Feel My Love” by Phebe Starr

Sydneysider Phebe Starr writes powerful, well-nigh anthemic pop that cuts through to your soul. It’s deeply melodic, emotionally-resonant and deeply, intensely listenable. “Feel Your Love” is a perfect exemplar of her style and add some punch to some quite inert weekdays.

You can listen to my full review of “Feel My Love” at Now This is Music #64.

“Help Me Run Away” by St Lucia

I love ’80s-inspired music – I am a child of my time – especially when the artist has taken it, reformed as they see fit, thrown in some driving beats and used their powerful voice to push all the emotions in the world through its brief 3 minute timeframe. St Lucia, originally from South Africa, is a talented man who has done all that and more in the infinitely listenable “Help Me Run Away”.

You can read my full review of “Help Me Run Away” at Now This is Music #64.

Oh my lord but I loved this song from the moment I heard it and to my unending frustration it took months for it to reach iTunes Australia. But I was happy to wait because I am firmly against downloading songs illegally, not for some holier-than-thou reason but simply because I value the music that artists like Texas native, Bayonne and I want them to keep making it. It was well worth the wait with the hypnotically-beautiful tune transporting me to dreamy, mystical landscapes far from the everyday every single damn time.

You can read my full review of “Appeals” at Now This is Music #63.

This is a brilliantly, danceably infectious song, much like “Happy” by Pharrell Williams that lifts your spirits, sets your feet to moving in gleefully joyous directions and makes your day undeniably better. It’s been the song to lift me up after the many times I got pushed down this year and I don’t care what the music snobs say – this is crazy good stuff.

This song was actually released way back in June 2015 but I only came across it this year during one of those down the music rabbit holes that YouTube is so good at engineering. Driven by dance beats and some absolutely powerhouse vocals, this was an instant favourite that has stayed near the top of the pile since I first heard it a few months back. And the clip is a ton of fun, very much in keeping with this amazingly catchy song.

“You might think that a song like “Fading” is going to be all ambient lightness and fey sensibilities but Two People, which consists of Phoebe Lou and Joey Clough, fuses a percussive intensity with an insistent late night vibe that grabs your attention from the word go.

“Chilled though the melody may be but with guitar loops and a consistently rising intensity, this is one song that refuses to go quietly into the good summer night, either musically or lyrically.”

You can read my full review of “Fading” at Now This is Music #73.

Hailing from Perth, Western Australia, Louise Penman (who provides the soulful, deeply-emotive vocals), Matt Mclean and Brendan Walsh, have delivered up a hauntingly evocative song in “Capture”. Reminding me of Chairlift at times, there’s a edge to their prettiness, a dark and sombre undertone to the song which is quite beguiling. All of which makes the song the kind of emotionally-immersive tracks that I love to get lost in and stay in for a good long while.

My lord this song is SMOOOOOOTH. All slinky, sensuous electro-pop, it’s a hymn to accepting yourself, to let yourself be with yourself and not letting anxiety about anything else affect you. In other words what my therapist calls being “in the moment”. It’s a compulsively chilled piece of music that gets under your skin and trust me you’ll be happy to let his track by the Indianopolis-Indiana-baed BoyBoy stay right there for the duration.

“Tilted” by Christine and the Queens

Hearing “Tilted” for the first time, which is as much a serious of intricate, highly-emotive dance moves as it is a captivating song, was a revelation. I came across it by chance on The Graham Norton Show one night and sat transfixed by the smooth, easy-flowing tune that talks about not being quite in step with the mainstream, with the usual way of doing things. I remain transfixed and happily so by this delightfully idiosyncratic French artist.

Read my full review of “Tilted”.

“Hell No” by Ingrid Michaelson

If you have to break up with someone, and for your sake I hope that never happens, then at least you have the most kickass song since Icona Pop’s “I Love It” to do it with! This song bites and snarls, full of defiant energy that defies the idea that the end of a relationship is the end of everything, and furthermore, that you should go slinking back at the first sign of things looking better. Nope that’s it and Ingrid Michaelson will not be revisiting that piece of heartache thank you very much. Another point of recommendation is the awesome sign language clip that Michaelson created with the Deaf West Theatre Company.

“Burn the Witch” by Radiohead

I am sure there will be a collective gasp from the musicerati heard around the world but I have never really been a massive Radiohead fan. I like a song here or there but they never really grabbed my attention until “Burn the Witch” which Pitchfork rightly says possesses a “deep sense of dread and skepticism manifests into the kind of music that is capable of spurring what Yorke would call a ‘low-flying panic attack.'” It’s expansively atmospheric, chill-inducing stuff, a masterpiece of haunting worry and concern that grips you to the core.

“10 Pounds” is an impressive song on many levels.

“Fuelled by Mwansa’s deeply resonant voice, and a meaningfulness that comes from the artist’s quest to invest his music with a thoughtful presence – he got into creating and playing music as a way to deal with the death of his brother – “10 Pounds” is an airy yet gravelly intense exploration of living astride two different worlds, something the immigrant from Africa knows a great deal about.”

It’s been a long time since I listened to any Contemporary Christian Music (CCM) as it was, and might still be, called, but there was something about Atlanta-based Croder whose song “Run Devil Run” was used in a promo for The Flash season 3 that grabbed me from the first HARD and would not let go. This is driving, powerful passionate rock with a message and it gets in and gets in good.

“I Can Only Stare” by Sleigh Bells

“Brooklyn-based Sleigh Bells (vocalist Alexis Krauss and guitarist Derek Edward Miller) are one of those bands whose music always marks some kind of impressive progression.

“And the emotionally-powerful resonance of “I Can Only Stare”, the latest single from their forthcoming album Jessica Rabbit (11 November), is no exception blending their trademark intense musicality and pop knowingness with a lyrical profundity and searing melodic follow through that is never less than utterly compelling.”

Read the rest of my review at Now This is Music #77.

“Up All Night” by Alex Clare

One of my favourite new TV shows of 2016 is Class, a Doctor Who spinoff about a bunch students at Coal Hill Academy (which appeared in the first Doctor Who episode in 1963) who have to fight all manner of alien threats coming through rips in space and time. It’s brutal, high-octane, emotionally-intense stuff and thus it needs as song as driven and powerful as Alex Clare’s “Up All Night” which as you might suspect is all about being awake through the wee small hours and finding it hard to get to bed. Not a situation I, a veteran “morning person” have ever faced but clearly this artist has and he sets all the emotions and events of the night into this utterly addictive song.

Hey don’t just take my word for it! Here are the 50 best songs of 2016 as called by Rolling Stone, Paste Magazine and and NME. 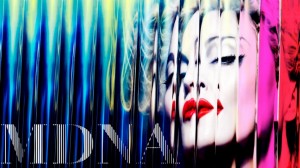