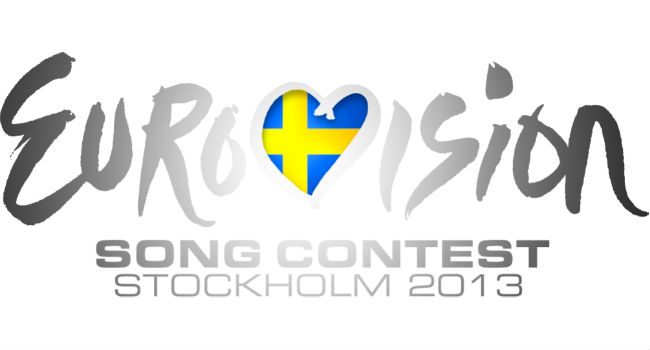 WHAT IS THE EUROVISION SONG CONTEST?
Started way back in 1956 as a way to draw a fractured Europe back together with the healing power of music, the Eurovision Song Contest, or Concours Eurovision de la Chanson – the contest is telecast in both English and French – is open to all active members of the European Broadcasting Union, which oversees the competition.

Each country is permitted to submit one song to the contest – a song which is selected by a variety of means, usually a winner-takes-all competition such as Sweden’s renowned Melodifestivalen – which they perform in two semi-finals in the hopes of making it to the glittering grand final.

Only six countries have direct entry into the grand final:

* The Big Four who fund most of the proceedings – UK, Germany, France and Spain
* The host country (which is the winner of the previous year’s contest)
* Italy, who didn’t take part for many years and was re-admitted in 2011 after a 14 year absence (it was one of seven countries that competed in the first event), making the Big Four the Big Five.

The winner is chosen by a 50/50 mix of viewer votes (you cannot vote for your own country) and a jury of musical figures in each country, a method which was chosen to counter the alleged skewing of votes based on political and/or cultural lines.

Past winners include, of course, ABBA in 1974 with “Waterloo” and Celine Dion who won for Switzerland in 1980 with “Ne partez pas sans moi”.

Above all though, the Eurovision Song Contest is bright, over the top and deliciously camp, a celebration of music, inclusiveness and togetherness that draws annual viewing figures in the 100s of millions.

This year’s contest will be held in Malmö, Sweden.

In the six weeks leading up to the grand final on Saturday 18 May 2013, I will be reviewing 5-6 songs each week and giving my unvarnished, unguarded and glitter-coated take on all 39 songs competing for glory in this year’s contest.

It will be brutal, it will be camp, it may or may involve copious use of pyrotechnics, key changes and scantily-clad but limber back up dancers (and possibly a stray Ukrainian grandmother or two) but above all, it will hopefully give you some idea of who has the best chance of success at this year’s contest.

First up, the first 6 countries from semi-final 1 which will take place on Tuesday 14 May.

It takes a lot to stand out in the increasingly competitive Eurovision Song Contest these days but Natália Kelly, an Austrian by way of the USA, has found a way.

While we have seen endless acts make use of pyrotechnics, glitter, aged relatives and ridiculously attractive people of both sexes playing instruments, dancing or simply standing awkwardly (it’s very hard to do artistically trust me), no one has used dogs in quite the way that Natália does.

Well at least in the clip.

I can only hope the good burghers of Malmö find it in their hearts to let bring her pooches on stage when she kicks off semi-final 1.

The song itself is actually quite catchy.

After reading a few negative comments about it online, I frankly wasn’t expecting much, and while it’s a reasonably paint-by-numbers effort both musically and lyrically (and thus somewhat forgettable once the last note has sounded), it’s nevertheless possessed of a feel good vibe that will likely have more than a few people leaping to their feet, or at least tapping their toes in time.

And Natália can sing, really sing, which is always a big plus.

Now if you’ll excuse me, I have to go find a pound dog, teach it to dance and twirl flaming batons, and fly it to Malmö.

It’s has some lovely country twang flourishes to it, and Birgit, proud winner of the first Estonian Idol, manages to match the musical mood with a matching unaffected country girl frilly white dress look.

It’s sure to be a hit in rural Estonia this summer.

Alas, it’s not especially memorable, gosh-did-you-hear-that-amazing-song-at Eurovision? song and will likely fade into the background up against the much stronger songs arrayed against it.

One sign that it isn’t exactly a massive crowd pleaser is the near-comatose feel to the audience – they’re polite, clearly enjoying it on some level but silently wondering how long till the interval and will there be champagne and tasty snacks available?

What could work in its favour though is Birgit herself.

She radiates a gee-whiz ain’t-life great vibe, that coupled with a dazzling smile, could well lure in the undecideds.

Add to that the male up back up singers who manage to simultaneously sing (which is good since frankly that’s what they’re paid for) and look awkward, no mean feat in anyone’s books, and she may just sneak into the grand final.

Just don’t book tickets to Tallinn just yet for next year’s contest.

Hannah, an American living and working in Slovenia, has a real case of the Matrix slo-mos.

Or at least her back up dancers do.

And migraine/epileptic fit-inducing lighting too which should make things interesting for the attendant medical staff at Malmö Arena.

No piffly pyrotechnics for this talented young singer who manages the almost superhumanly magical feat of injecting some originality into the dime-a-dozen driving dancing beats of an off-the-rack electronic dance song.

On first listen it sounds like so many Eurovision songs before it – slow build up, pounding  ear-assaulting chorus (that’s a not a criticism; give me a dance song that doesn’t possess one and I will show you people who don’t understand the genre and aren’t trying hard enough), and an almost-anthemic call to action.

So far, so been there, done that, got the Eurovision t-shirt.

But then Hannah ups the ante, throwing in some dubstep, stellar vocals that more than hold their own against the onrushing tide of dancefloor electro and a stage presence that will likely stand her in good stead.

While all these laudably original elements turn the song from one-of-the-pack to just-ahead-of-the-pack-with-ittybitty-bite-marks-on-the-heel, I am not sure it’s going to be enough to get her into the final top 10.

Of course if she follows the artistic direction of the clip and fills the stage with nubile, perfectly-sculpted young men, then a grand final berth is hers.

Yes, even before she begins singing.

While they possess the sort of vocal prowess, boy-next-door good looks and spine-tingling harmonies that would make a grandmother weep with joy, I can’t help feeling like Klapa s mora (Klapa From the Sea) are the Ten Tenors that John West rejected.

You know if the world-famous brand gave up fishing and canning and invested in male singing groups instead.

That’s not imply that these six handsome fellows aren’t good.

They are in fact very good, worthy exponents of klapa, a tradtional form of male accepella singing from the Dalmatian region of Croatia.

And while the song is exactly the sort of song you would expect them to sing, they sing it very well indeed.

Why I may even have shed a tear at the end of it. (Not really but it’s sounds like what I should have done once they’d finished their admittedly stirring rendition.)

But it’s the part about the song being exactly what you’d expect them to sing that is the problem.

Pretty, yes, and moving, true but eminently forgettable and destined to fade off into the distance till all that remains is a memory of black suits and pinpoint formations worthy of a military parade.

I would love to say to these gentlemen that the world is ready for the beautiful dulcet tones of klapa singing, and if the entire Croatian nation were to drop in for tea one day I would congratulate it on sticking to their cultural roots, but alas that sort of fierce determination to remain true to your heritage only goes so far.

Douze points for trying [the highest points awards in Eurovision] boys but, and here I might just cry (again, no not really), but nil points for execution.

Sorry who am I writing about again?

See I have forgotten who they are already.

With a recorder-driven introduction that conjures up visions of sailing ships and life on the open ocean (and a parrot on a buccaneer’s shoulder perhaps? Go on you know that would be fun), “Only Teardrops” is a good example of a sleeper song.

A song that you’re inclined to dismiss as lightweight, inoffensive pop at first until on a second or third listen it sneaks up behind you, holds a metaphorical gun to your head and demands you pledge undying love.

That would be expecting a bit too much of this breezy song delivered with a breathy vocal that is equal parts melancholy and earnest idealism (which makes sense when you consider Emmilie is just 20).

But it is an evocative song that draws you in  and despite the sort of earnest lyrics that are hallmarks of many a Eurovision song – not surprising given its idealistic beginnings in the aftermath of World War Two – it’s very hard not to like its jaunty, well- meaning spirit.

It is also the harbinger of what I shall henceforth call the “Loreen effect” (yes you may use the term with royalty payments made to my secret Swiss bank account).

It is almost inevitable when a performer wins as convincingly as Loreen did last year that people will seek to emulate her style, sound and stage delivery, seeking to give themselves an edge in what is an increasingly competitive contest.

Consciously or not, the very lovely Emmilie sings and dresses and yes even glances from beneath her fringe in a very Loreen-like manner (although she does eschew sitting on the stage which is wholly sensible given she is in a billowing, light-coloured dress).

It will be interesting to see if that is enough to bring the glittering Eurovision trophy home to Copenhagen.

RUSSIA: “What If?” by Dina Garipova

Clearly you have spent many a-witching hour lying in your bed, the TV on CNN, asking yourself “why? why? why?”

I am fairly certain that you have exhausted the world’s supply of lyrical question marks in one admittedly uplifting three minute song.

There were many time during through the verses, and yes even the interrogative-laden chorus, that I wondered aloud why you didn’t just Google the answer? (See now you have me asking questions! Is there no end to it?

Surely the Dalai Lama or Ban Ki-Moon have stashed away some eternally valuable insights that will cease your ceaseless pondering and you can sing instead with some certainty.

Questions she may have in abundance, but she also possesses one of those perfect voices that matches the melody note for note, infusing it with something richer and deeper, and somehow managing to transcend the rather trite lyrics (which you may have already gathered are not something of which I am enamoured).

It doesn’t make the song any more impactful alas in the longterm but it was enough to get the audience she was performing to on their song-weary feet and if nothing else underlined she has a firm grip on the artistry of performance.

Whether that will be enough to take a fairly mediocre song to oxygen-deprived heights at Eurovision is another matter entirely (let’s face it she had a hometown advantage when she belted out this rendition); I suspect not.

If she doesn’t make the grand final then she can always spend the rest of the week in Malmö Googling up a storm.