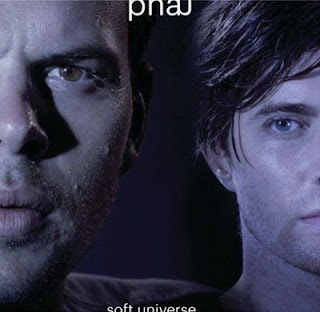 This is an enormously catchy, at times even euphoric , album.
The biggest appeal for me is the inherent catchiness of the melodies – infectiously upbeat in Everybody & Unite Us, and achingly beautiful in Something Beautiful, which sighs on the wings of great regret and sadness. The creative impulse behind the album was apparently Nick Littlemore’s break up with his girlfriend (he is one half of the duo along with old friend, Peter Mayes) but while you’d think that means it’s mired in the doldrums, and you’ll be ready to slash wrists or leap off buildings by the end of it, it’s actually a joyous affair suffused with the giddy sense that life has got better, and will continue that upward lunge.
It is the perfect soundtrack to going to and from work by the way since I tend to arrive feeling like the day will be wonderful, when often it is chaotically busy, crazy, mad and stressful, in common with many people who work for modern corporations, and feeling like that can only be a good thing. Listen to this album if only to remind yourself that good music can tame the nasty beast of modern reality and elevate you up above the morass.