H G Wells and Isaac Asimov, and reputedly even Nostradamus and The Bible have all taken a crack at it to varying degrees of success – and who exactly predicted we’d have flying cars by now? Yup that totally didn’t happen – but for the rest of us mere mortals it’s an inexact science with no guarantee of success.

Which is why detailing the five big pop culture moments that I think will make 2013 for me is a tad risky but giddy as I am with end of year expectation for an amazing year (in common with every New Year’s Eve mind you; I’m such a glass-half-full kind of guy) I am willing to take the plunge, nail my predictive colours to the walls, and yes mangle a few metaphors in the process.

So here are, in no particular order the nuggets of pop culture goodness I am most looking forward to in 2013, keeping in mind of course that in this big exciting world, they could all be swept aside by things I didn’t see coming.

And frankly that won’t worry me at all …

P!NK’s The Truth About Love tour

I love this gutsy amazing lady.

She can sing like a diva, is refreshingly candid about life and all its many complications and joys, and isn’t afraid to be defiantly, delightfully herself in a world which bays for everyone to slavishly confirm to the same beige look.

And she is one of the most entertaining singers I have ever seen perform, holding the audience over a two plus hour concert in the palm of her hand from start to finish, and turning big cavernous stadium shows into intimate coffee shop shows (well, almost) by virtue of her warm, down to earth nature.

While like most performers, she probably has the songs picked out in advance and has the patter down pat (lovely alliteration), she goes to great lengths to inject some spontaneity and fun into proceedings, riffing off concertgoers with abandon, and gives you the impression she is having the time of her life.

And I suspect on some level she is.

You couldn’t possibly sustain a major tour like that – on her last tour of Australia in support of her Funhouse album in 2009, she did something like 58 shows and played to 660,000 people, making it the biggest tour in Australia’s history – without enjoying it to some extent.

Whatever it is she’s feeling on the night, she gives her fans the impression, and at the risk of sounding like a totally besotted fan boy I will repeat I am sure it’s genuine, that she is having the time of her life, and I don’t expect it to be any different when she tours next year in support of The Truth About Love.

WHEN DOES THIS HAPPEN? August 2013 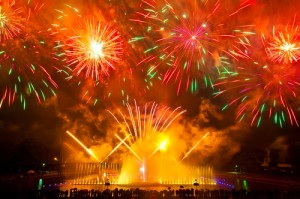 THE RETURN OF THE WALKING DEAD

If you had told me a scant six months ago that I would miss zombies stumbling about like drunk village idiots with vertigo chasing after a plucky band of flawed but likeable survivors  -with the exception of The Governor and Merle who frankly strain the idea of “likeability” to breaking point; unless of course you adore psychos – I would have laughed at you like you were infected with some sort of virus, done the sign of the cross, and run to hide under my blanket fort, which as we all know from childhood, keeps all the scary stuff at bay.

But here I am at the end of the year pining for the apocalypse.

Well not the actual apocalypse of course which I imagine would be far too cheesecake-deficient for my liking (not to mention the absence of iTunes and shopping on ebay).

But the end-of-the-world as featured on The Walking Dead, while violent, deadly and not the sort of place I want to spend any time at all in real life, has a certain seductive quality which frankly surprised me when I first began watching it.

And it took a long time for my housemate to convince me.

Months and months of gentle and not-so-gentle cajoling led to me grudgingly watching the pilot episode, which was followed by increasingly less reluctant viewing of all subsequent episodes until I had watched them all, subscribed to all the show’s official and unofficial Twitter feeds and could discuss an episode like I had been watching it all my life.

And now I sit here typing away, wishing that season 3 would kick off tomorrow and not in February.

When it does I am expecting it to be every bit as good as season 3 has been to date.

The worlds of Woodbury, ruled over by a completely unhinged governor – losing your walker daughter to a big ass sword wielding Michonne will do that to a guy on the edge – and the prison – Rick is not off gaga bananas territory himself I’m afraid are going to collide and an even greater hell than already exists will rise to consume everyone.

(You can read a great article talking about the rest of season 3 here.)

And I will, of course, be sitting front and centre avidly watching every moment. 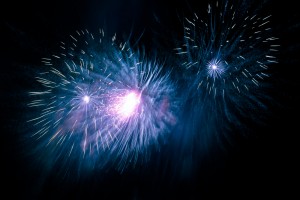 Why he doesn’t look a day over 30! (Matt Smith, the current doctor’s actual real age, by the way; yes I know far too much about this show.)

That’s the magic of regeneration, by which the doctor is able to reform his life energy into a brand new form whenever death threatens to claim him.

And so far he has escaped death a grand total of 10 times, which is a handy way of continuing the show every time the actor playing him decides it’s time to move on.

But it does pose tricky logistical issues for the 50th Anniversary since there’s an awful lot of people and footage to accommodate.

But I have no idea they will find a way to fit every last juice morsel of Dr Who goodness into the 90 minute special, which according to the site nerdapproved.com, which in turn cites a quickly deleted post off blogtorwho.co.uk, will go something like this:

“… all eleven doctors will appear in the 90-minute episode, even the dead ones…somehow. Not only that, there are two scripts being prepared—one that prominently features Christopher Eccleston and one that doesn’t depending on how much he wants to be involved (keep in mind that Eccleston has historically been pretty adamant about wanting nothing more to do with the Who franchise).”

Whatever form it takes, I know it’s going to be wonderful.

With a show this good, it would be hard to make a bad special really. 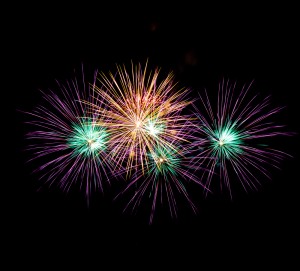 I am an avid reader of science fiction.

I lap up book after book by writers like Michael Cobley, Kim Stanley Robinson and Kevin J. Anderson who take me off to the far flung reaches of space and time, wherein great interstellar civilisations, including myriad advanced versions of humanity, wage war, play politics, and change the destiny of whole galaxies in the short time it takes me to turn the page.

My favourite author by far though is one Peter F. Hamilton, a truly talented writer who is often lauded, and not simply by his PR people, as “Britain’s Number One Science Fiction Writer” (I am assuming this is because he writes brilliantly well, and not because he crossed the line first in a foot race between all the writers who showed up one day at Wembley Stadium).

His worlds, his breathtakingly expansive vision of the future, and the people who populate it are exquisitely realised, down to the smallest most intricate detail and you can’t help but be drawn into them and yes on occasion, wished you lived there.

His latest expansive work, Great North Road, builds on the Commonwealth sagas that have gone before it (mighty efforts all) comes in at a whopping 1087 pages, and concerns the mysterious goings-on on the planet of St Libra whose bio-fuel “is the lifeblood of Earth’s economy”.

In fact, so important is it that it’s worth killing over, and naturally someone does, but who, and more to the point, why?

I have no doubt I will happily lose myself in it for as long as it takes to find out why, and while technically yes it was released late this year, I won’t have any time to read it till early January 2013 when I am on holidays.

WHEN DOES THIS HAPPEN? Supposedly soon.

(Memo to self: get an industrial-sized bookmark.) 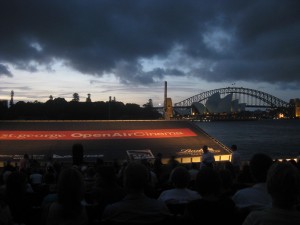 Held every year right on the Sydney Harbour foreshore at Mrs Macquarie’s chair, with sweeping views of the Harbour Bridge, The Sydney Opera House and the brightly lit neon beauty of the City skyline (which, have on occasion, successfully competed for my attention with the film being shown on the enormous screen in front of me), St George Open Air Cinema is one of my sacred rites of summer.

I invariably go at least three times during the season, which typically runs from early January through to mid-to-late February and shows a mix of recent releases and premieres – this year movies like Django Unchained and The Paperboy get their debut here – and fully partake of the summer movie-going vibe.

Yes it does rain occasionally, and I have watched one or two movies wrapped in a plastic poncho – with the right movie, it’s kind of romantically atmospheric; no really … seriously – but for the most part, it stays bright, sunny and gorgeous with views to die for stretching before you.

This year, I have been the very paragon of self-control and restricted myself to just two visits (it can get a little expensive) during which I will be catching up on a movie I missed when it was in the cinema recently, the hilarious black comedy Seven Psychopaths, and a movie making it’s big splashy Sydney premier, I Give It a Year, which looks like it may just well be one of your better-than-average romantic comedies.

And if it’s not, well, there’s always the view … and the ice cream … and the wine … and oh, did I mention the view?

*What zeitgeist-infested events are exciting you in the year ahead? What can’t you wait to see/listen to/read/watch/immerse yourself in?