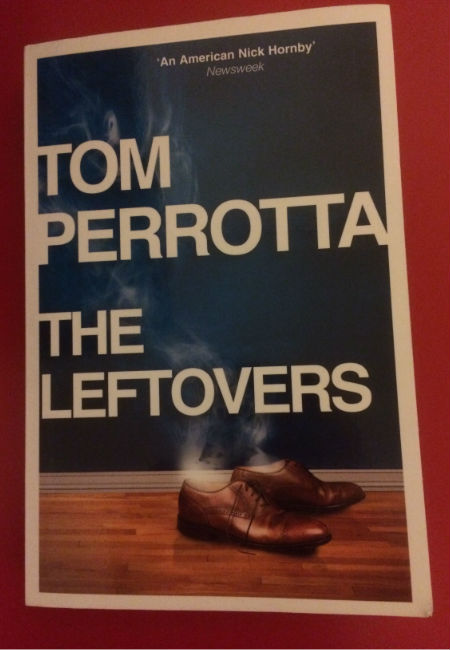 Grief is not the uniformly expressed, clean cut, step by step, easily measured process that modern pop psychology has led us to believe.

Like any expression of our humanity, it is as individual as the person experiencing it, fleetingly brief for some, painfully lingering for others, its expression finding form in ways both profound and glib, transforming and destructive, a force that cannot be easily contained or explained but which must be allowed to run its course however it is articulated.

It’s clearly something that Tom Perrotta understands intimately, either by experience or insight, with his book The Leftovers (now a major HBO series) making testament to the fact that grief is not a monolithic, easily understood or dealt with beast.

And there is a grief aplenty throughout the world after 2 percent of the population suddenly disappears in an instant in an event that recalls The Rapture of the Bible but which seemingly grabs people at random regardless of their faith, celebrity, sexuality, gender, or race.

Without any warning whatsoever, whole chunks of society are ripped out of its fabric, leaving everyone reeling in its wake, struggling to explain what has happened or why.

But the why or the how are almost immaterial in the face of the devastation this wholly mysterious and inexplicable event leaves behind.

The town of Mapleton, New York where Perrotta has set the novel, is a microcosm of this emotional and physical upheaval, its residents, some directly affected, others not at all, struggling to deal, three years after the event, with a grief so powerfully raw and instantaneous that no one quite knows how to respond to it.

In the immediate aftermath of the event, universities shut down, people stop going to work, industry grinds to a halt as the world, a mini-apocalytic phenomenon that leaves no obvious mess or destruction in its wake save for lives forever and often deleteriously altered.

Slowly, and with deliberate intervention by the powers that be, life returns to “normal”, even if no one is quite sure what this is anymore.

For Eyewitnesses like Nora Durst, who lost her husband and two young children to the mysterious event, life has been robbed of all its meaning, her days spent obsessively watching her kids’ favourite TV program SpongeBob SquarePants, her life a pallid imitation of its former self.

She is neither willing or able to move on, affected by the loss of her family to such a degree that crawling out of the abyss of grief seems all but impossible, although little bit by little bit, and with many backward steps for the few she makes forward, she finally comes to the point near the end of the book where the promise of a possible new life belatedly beckons.

Her one time pastor and friend Reverend Jamison, aghast that he was left behind even though he considered himself a godly man – he won’t listen to anyone who tells him that the disappearance paid no heed to the faith or lack thereof of the people taken – comes apart at the moral and emotional seams, funnels his peculiar form of grief into muckraking journalism, doing his best to discredit those who vanished through means fair and foul, mostly the latter.

They’re but two examples of the myriad responses to the enveloping grief.

Elsewhere the town mayor’s daughter Jill, also an Eyewitness, takes to ignoring her schoolwork, plunging into a sex, drugs and rock ‘n’ roll lifestyle of sorts that she isn’t entirely comfortable with simply because it dulls the pain while her brother Tom joins one cult then another – first the austere Guilty Remnant who seek to constantly prod the wounds of loss and then the hedonistic Barefoot People – in an effort to infuse his life with new meaning.

Whether it is bogus movements full of empty, ersatz sentiments like that of Holy Wayne, or the mayor Tom Garvey’s attempts to get things back to a semblance of normality with parades or softball leagues, the world does not react to its collective grief in uniform, easily wrapped up ways.

Grief and loss, Perrotta points out with nuance and empathy, is no respecter of plans or blueprints for action or bon mots of easy sentiment; it is raw, messy, sprawling and seemingly never ending or of you choose, barely felt at all.

That is the power of The Leftovers – its ability to demonstrate that an apocalypse does not need to involve alien invasions or zombies or the loss of civilisation to be truly devastating.

An apocalyptic event can be as simple, and as profoundly and deeply disruptive as the disappearance of the people around us, their absence making all the certainties and tissue-thin fabric of day to day life seem utterly permeable and transient.

Even more troubling, it can reveal the fault lines in society, shaking the safe delusion that everything is in harmony and makes sense to almost uncomfortable degrees.

The Leftovers is not however as nihilistically black as it might sound.

Granted it is about loss and grief and society falling apart, at least at first at the seams, but it is also about the power of love, family ties and basic decent humanity’s ability to heal in time.

It is not a perfect suturing of the wounds but as Perrotta makes clear, life is rarely, if ever, a perfectly-rendered creation, and we should treasure it even in its flawed and sometimes irritating forms.

For as The Leftovers makes abundantly clear with prose both insightful and richly descriptive – [his mind] “so absorbed in his work that he was rarely more than half there, a hologram of himself.” – when we have lost that we value most, it is a long and harrowing, if possible road back to where life can begin again, and we might regret not having fully surrendered to varied moments in our life while we still had them.

2 thoughts on “Book review: The Leftovers by Tom Perrotta”