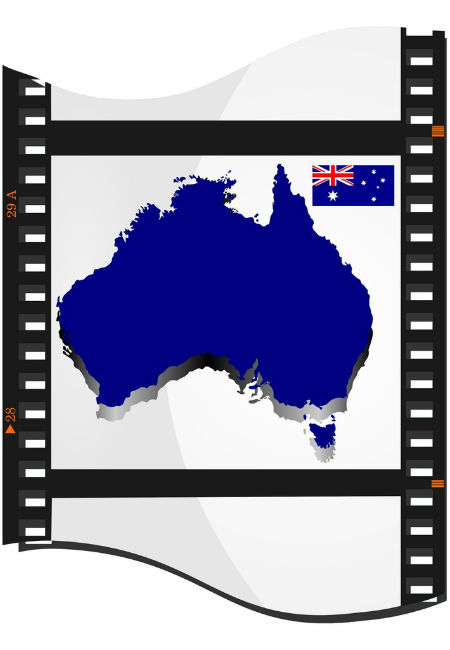 As you fire up the barbie and throw on the snags, throw down a few “cold ones” and wonder whether you should start dessert with the Iced VoVos, the pavlova or the lamingtons, thoughts may turn to the Aussie movies you’d like to see this year.

Well fear not, there are plenty of options on the table and I’ve chosen five to get you started.

Struth you’ll be spending all year at the flicks won’t ya cobber?
(translation: Wow you’ll be at the movies all year won;t you my friends?)

SNAPSHOT
Set in the 1950s, The Dressmaker is a bittersweet comedy about a glamorous young woman who returns, after many years in Europe to her small home town in rural Australia in order to right some wrongs from the past. When Tilly (played by Kate Winslet) comes home, she not only reconciles with her ailing mother Molly (played by Judy Davis) but, with her sewing machine, and haute couture style, she transforms the women of the town in such a way that she gets sweet revenge on those who did her wrong. She also falls unexpectedly in love, which leads to her greatest loss and her most destructive deed. (synopsis via and (c) official The Dressmaker site)

According to Luke Buckmaster, writing in The Guardian, the director of The Dressmaker, based on Rosalie Ham’s novel of revenge and stylish dressmaking in small town Australia, Jocelyn Moorhouse has described the movie as “Unforgiven with a sewing machine.”

While you can always rely on such pithy though memorable taglines to fully justify seeing a movie, the fact that this one comes with Moorhouse as director, stars like Winslet, David and Liam Hemsworth and much-lauded cinematographer Don McAlpine, means it will be worth securing a seat for this one as soon as you can.

Oh, and maybe run up something on the Janome to impress the cinemagoers.

The Dressmaker opens in Australia and New Zealand on 1 October 2015; USA release date not specified as yet.

SNAPSHOT
Partisan is directed by Ariel Kleiman (of 2011 Sundance Film Festival Grand Jury Prize winner Deeper Than Yesterday), who co-wrote the script with Sarah Cyngler. Alexander is like any other kid: playful, curious and naive. He is also a trained assassin. Raised in a hidden paradise, Alexander has grown up seeing the world filtered through his father, Gregori. As Alexander begins to think for himself, creeping fears take shape, and Gregori’s idyllic world unravels. (synopsis via First Showing)

Premiering at Sundance 2015, where it is showing as part of the World Cinema Dramatic Competition, Partisan, starring French actor Vincent Cassel looks like one of those chilling excursions into the darker sides of human nature.

Filmed at a winery in Victoria, which was made to look suitably European for the film, the film is all about one man’s idea of what you must to protect the ones you love.

Given the fact that his son Alexander is an assassin, you can bet that he’s not talking about installing more locks on the doors or extra fire alarms.

Partisan premieres at Sundance on 25 January before opening in Australia later this year.

SNAPSHOT
“Newcomers to the remote Australian desert town of Nathgari, Catherine and Matthew Parker’s lives are flung into crisis when they discover their two teenage kids, Tommy and Lily, have mysteriously disappeared just before a massive dust storm hits. With Nathgari eerily smothered in red dust and darkness, the townsfolk join the search led by local cop, David Rae. It soon becomes apparent that something terrible may have happened to Tommy and Lily. Suspicions run riot, rumours spread and public opinion turns savagely against the Parkers. With temperatures rising and the chances of survival plummeting with each passing day, Catherine and Matthew find themselves pushed to the brink as they struggle to survive the mystery of their children’s fate.” (synopsis via Teaser-trailer.com)

Your kids go missing in a place you barely know, and as you search desperately for any sign of them it becomes patently obvious that something most terrible is afoot, both within the family and without.

Granted the just-released reviews out of Sundance haven’t been the best – see Indie Wire and The Guardian – but everyone is praising Nicole Kidman’s performance and with the Australian desert a major character it may be worth a viewing just to soak up the stark, mysterious moods of the red centre.

Strangerland premiered at Sundance on 23 January 2015; wider release dates unknown at this time.

SNAPSHOT
A young boy from Australia named Dylan (Ed Oxenbould) has a passion for flight and ends up competing in the World Paper Plane Championships in Japan. He faces distraction and hostility from a school bully, as well as his unemployed father Sam Worthington, still grieving over the death of his mother in an automobile accident, and his chief rival the spoiled win at all costs Jason (Nicholas Bakopoulos-Cooke) the son of a respected golfer (David Wenham). He is inspired by his devil-may-care former World War II RAAF fighter pilot grandfather (Terry Norris), an eagle he feeds on his way to school and later a Japanese paper plane champion Kimi (Ena Imai).
(synopsis via Wikipedia)

One of those films where the protagonist triumphs against impossible odds and everyone walks out of the cinema happy.

And that’s exactly what it appears to be according to Karl Quinn, Fairfax Media’s National Film Editor:

“Robert Connolly’s latest is unabashedly a film for and about kids, though parents dragged along will find its simple charms hard to resist. At its centre is Dylan (Ed Oxenbould), a 12-year-old living in the middle of nowhere with his recently widowed and utterly depressed father (Sam Worthington). Young Dylan has discovered he has a knack for creating and flying paper planes, and works his way up to the world championships in Tokyo; along the way he wins the friendship of a school bully, woos a Japanese girl via Skype and raises the funds for his airfare with the aid of his teacher (Peter Rowsthorne), his grandfather (Terry Norris) and the scone-baking skills of the good ladies of the local CWA. Really, all that’s left is to drag his dad out of his torpor. Every box is ticked in this feel-good effort that is aimed like a perfectly folded dart at its target audience without ever making the mistake of talking down to them.”

Paper Planes opened in Australia on 15 January 2015 after premiering at a number of film festivals in late 2014.

SNAPSHOT
Kill Me Three Times is a darkly comedic thriller from rising star director Kriv Stenders (“Red Dog”). Simon Pegg plays the mercurial assassin, Charlie Wofle, who discovers he isn’t the only person trying to kill the siren of a sun drenched surfing town (Alice Braga). Charlie quickly finds himself at the center of three tales of murder, mayhem, blackmail and revenge. With an original screenplay by James McFarland, the film also stars Sullivan Stapleton (as a gambling addict that attempts to pay off his debts through a risky life insurance scam), Teresa Palmer (as a small town Lady Macbeth), Callan Mulvey (as a wealthy beach club owner simmering with jealousy), Luke Hemsworth (as a local surfer fighting for the woman he loves) and Bryan Brown (as a corrupt cop who demands the juiciest cut). (synopsis via Coming Soon)

You have to love Simon Pegg in much pretty much anything.

His devil-may-care, cheekily sardonic take on the characters he plays are a joy to watch and judging by the trailer, he is full glorious flight in Kill Me Three Times.