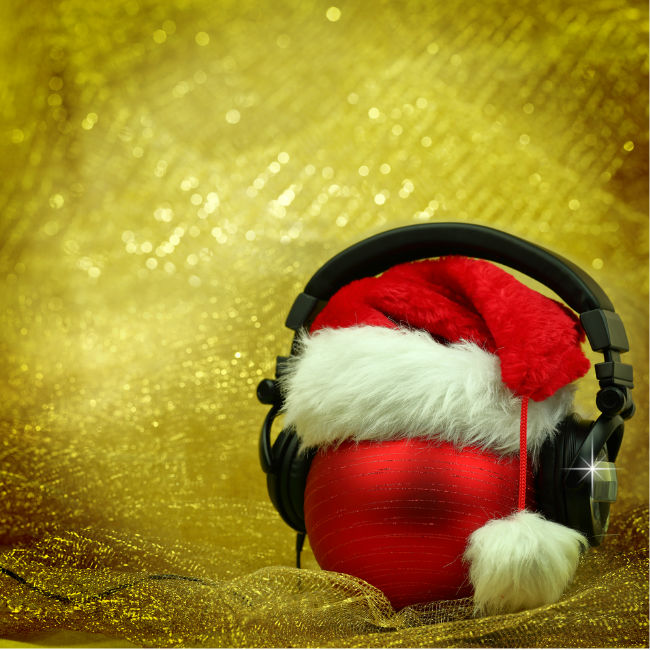 Who said Christmas had to be all about carols and musical odes to lovers far away?

Not that I don’t love that kind of music – the house is reverberating to it over and over again at this the most wonderful time of the year – but you need music that talks about life as it was before the festive season and as it will inevitably be afterwards.

And these five artists, armed with the ability to fold real observations and expressions of life into addictively-perfect song are well-placed to keep you in touch with life as it is outside of the Christmas bubble (one I hate to have end but it does and life goes on).

Fittingly this dreamily upbeat track begins with the welcome invocation to “Let the sun out a smile on your face” which sets the mood and feel for the uplifting vibe to come.

Vienna (Austria) DJs, Meli and Clemens have crafted a song that speaks of good times, of being in the moment of perfect bliss – it’s there in the sublime lyrics, the mid-tempo beat, the joyful inflections in the vocals.

This is a song to push away the cold and dark of winter if you’re in the midst of it or here in Australia, to celebrate the sunshine, the relaxed easy days over the summer break when everything this song talks about is happening all around you.

It is the perfect slice of house for everyone.

“Knives” by Matoma and Frenship

‘Knives” is a song of inexpressibly lovely, goosebump-inducing beauty.

Perfectly-realised pop that digs deep from the first bar, a paean to uplifting love that makes us better people, that gives us something to hold on to when the dark times come.

The combined work of Norwegian producer Matoma and L.A. pop newbies Frenship, it is everything pop should be – uplifting, inspiring, music that consumes and takes you over in the best possible way.

The song reminds me of Mattafix, and like the UK duo, Matoma and Frenship bring together insightful lyrics, soothing, ineffably beautiful music and vocals to create pop so transportive you wanted to stay with it the whole day.

Trust me, you won’t be listening to this most exquisitely-expressed pop song just once.

“Make It Up” by Tirzah

This kicks along with an insistent beat and Tirzah’s softly-echoed vocals urging you to “Make It Up”.

And with a song this hypnotically-addictive, why on earth would you resist such an invocation?

There is a lot to like when you embrace this track as Pigeons and Planes points out:

“The track is a low-key dance gem, combining a simple, funky beat with Tirzah’s slurred vocals, unleashing lyrical wisdom that is simultaneously apologetic and accusatory (‘I wanna hear you say you let me down’).”

It’s a plea for emotional honesty that cuts deep even as it bounces along on the sublimely-chilled beats that don’t let up, much like the gently accusatory tone of Tirzah’s vocals which draws you in and takes you along on her trance-like journey to bring a former lover to account.

You’ll be happy to go with her every step of the way.

“Never Be” by Meg Mac

Meg Mac, known to friends and family as Megan Sullivan McInerney is an Australian singer-songwriter who has crafted a song in “Never Be” that deftly combines swaggering attitude with a pulsing beat, a catchy melody and vocals that express themselves with passion, power and real humanity.

The song, and by extension, Meg Mac has it all – pop as it’s meant to be, engaging, immersive, meaningful and impacting, the sort of music you want to listen to again and again because it sounds real and honest and heartfelt.

This talented artist is making it big both in Australia, where she was discovered at the 2013 Falls Festival competition before going out to be crowned the 2014 J Unearthed Artist of the Year, and the USA where she’s recording her first album.

If she continues to craft music this deeply personal and universally-compelling, you can guarantee her brand of darkly soulful pop will be echoing across the airwaves more and more in the years to come.

“Dilute This” by Nimmo

“Dilute This” is unabashedly joyful, upbeat synth-drenched pop that dances around the joy with giddy abandon and dares you not to come right along with it.

Everything from the building melody which doesn’t let off its upbeat trajectory for a second to the vocals from the London 5 piece group who are readying their debut album for a n early 2016 release with producer Tim Goldsworthy.

But as Hunger TV points out there’s more going lyrically than just a happy romp across the dancefloor (though there’s nothing wrong with that when the song is so GOOD):

“The New Order-esque synths remain but pack a great deal more punch, a desperate chorus reflects on love that’s slipping from the euphoric to the mundane.”

Failing love is wrapped into a danceable, bright, bouncy melody in the best pop tradition of light melody revealing a darker truth within, marking Nimmo as a band that will make you dance even as they get you thinking.

Mariah Carey is no longer the queen of Christmas? Pah of course she is! But her classic pop ode to Christmas longing, “All I Want For Christmas is You” is apparently no longer the most-played Christmas song.

What is you say, drawing yourself away from slurping down eggnog and wrapping presents for just a “dance with me Santa!” nanosecond?

Why this song, according to EW:

“Instead, The Shins’ cover of Paul McCartney’s “Wonderful Christmastime,” has claimed the top spot.”

It even beats the original version, which comes in at #17.

If you didn’t already think Jimmy Fallon is one of the coolest late night TV show hosts around, then this brilliant view of him singing various Star Wars themes acapella with the Music Superstars and members of the Star Wars cast, past and present, should convince you of it.

It’s all in honour, of course, of the just-released new blockbuster entry in the Star Wars feature film canon, The Force Awakens.

And lest you think that the old carols can’t be reinvented, along comes Hozier to prove they most certainly can.