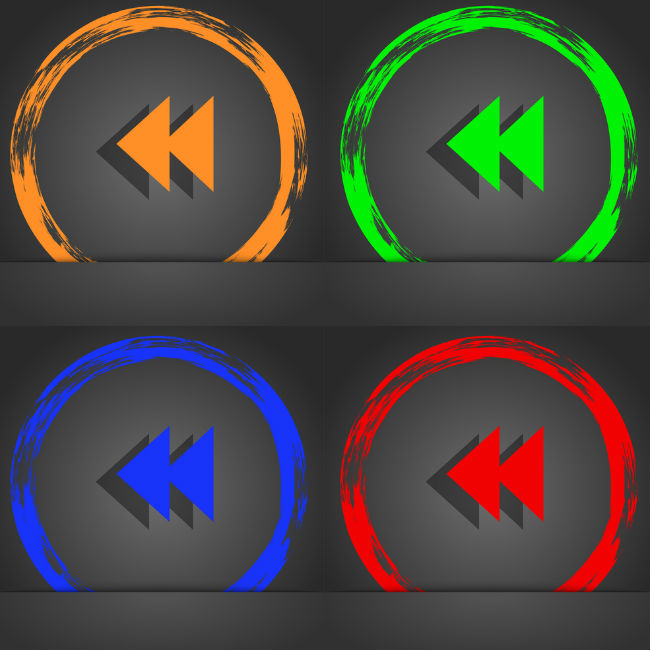 I am a man caught between two screens – a big cinematic one and a much smaller but ever-increasingly influential and powerful one.

The tug of war is intense but I find myself drawn again and again to the powerful, funny, clever, engaging stories television tells, especially in what has often been dubbed the new “Golden Age of Television”.

Of course, there are so many TV shows now that trying to watch all of them is becoming an impossible, nay actually impossible, task, made all the more complicated by the fact that I live in an apartment with horrific internet connections, making the use of streaming services a non-event.

Hence shows I would love to see like Sense8, Grace and Frankie, the final season of Community – thank you Yahoo! for rescuing one of my favourite TV sitcoms ever before making it ridiculously hard to see – are out of reach and will remain so till the new year and hopefully great new internet deal.

Still, even without those shows on my crowded viewing schedule, I found more a few to watch and these are my 10 favourite of the year.

I have loved this mix of police procedural, action serial and supernatural, postmodern mythos since the first episode.

backed up by taut writing, beautifully-realised characters and engrossing narrative arcs, Grimm can pretty much do no wrong.

Season 4, which is the latest to air in Australia – I am not so patiently awaiting the arrival of season 5 – was packed full of odd alliance borne of necessity, realpolitik, action, intrigue and heartbreak, brought on by the death of some major characters.

Yep Grimm got itself a great case of “No one is safe” syndrome and it worked brilliantly well for the show, setting it up for what I expect will be a heart-thumpingly good season 5.

You know when it actually gets here …

It took my housemate ages to convince me to watch one of the few watercooler shows left around but once I took in the pilot there was no looking back and now I am utterly enmeshed in this undead apocalyptic world.

There is so much to recommend it.

It doesn’t matter if you’re not particularly into horror or zombies – I am most certainly not an aficionado of the genre – because The Walking Dead is, at heart, a riveting examination of the best and the worst of humanity set against a scenario that tests every last part of who we are as a species.

And season 6 has seen the show return to rip-roaring form with some imaginative storytelling techniques, some riveting moral dilemmas, epic, zombie set pieces and some incredibly intimate relational questions.

It’s all there, it’s all undead and it’s proof that though the world may end, the glories and frailties of humanity do not.

I have yet to read Diana Gabaldon’s series about a woman caught between the 20th and 18th centuries but it’s high on the list after this impressively-realised show captured my attention to a far greater extent than I thought it would.

It’s not that I don’t appreciate historical drama – I am a history nerd from way back and you can find my devouring documentaries on the History channel if ever I have a spare second to spare – but I never expected to be so captivated by a love story interwoven with dramatically-engaging events that come alive so forcefully that history comes alive in spectacular ways.

Everything about Outlander is impressive – its production values are top notch, the acting is superb, the narrative gripping, preferring actual drama over melodrama, and the attention to detail is breathtakingly good.

All of which means that the massive wait between season 1 and 2 – which is coming, I am assured, in March/April 2016 – feels interminable.

I’ll be honest – my first reaction to The Walking Dead‘s goofy cousin, where the surreal meets the all-too-grittily undead real was a big “no, thank you.”

After all, I’d seen Sharknado and its sequels, and while they had a deliberate schlock horror charm, a knowingness that said “We’re tongue-in-cheek crap and we know it, I wasn’t really interested in watching a zombie show with the same mindset and production values.

But Z Nation, just concluded, it’s second season has surprised me – it’s increasingly far more sophisticated in its storytelling that I would ever have imagined, it’s possesses a gleefully mischievous sense of humour that recognises that humour might still exist in the apocalypse, and characters who have grown in stature and complexity.

It’s actually every bit as good in its own way as The Walking Dead – yes I know heresy to some but it really it becoming that good – providing a whole different perspective on the rise of the dead and the horrors, and yes hilarity, they bring.

Another show that I longed to watch but as the seasons ticked on and I fell further behind, felt like it was ever further out of my viewing grasp.

I am not entirely sure why I didn’t start watching it when it first came out since I love fantasy in any form, and Game of Thrones is the kind of show you’d expect me to lap up in an instant.

But I didn’t and I likely would’ve left in the too hard basket of my friend Bridget and her boyfriend Dave hadn’t challenged me to watch the first four seasons before season 5 started in March 2015.

I didn’t make that deadline of course and right now I am only at season 4, episode 3 but hey that’s way further than I expected to get and I have an extremely good shot of getting through seasons 4 and 5 before season 6 kicks of in 2016.

I’d better – Dave won’t be happy if I miss another deadline.

Sadly this gently-observant NBC sitcom got cancelled at the end its second season but About A Boy, based on Nick Hornby’s novel and owing a great deal to its movie adaptation while happily forging its own path is a joy.

Transplanting events to San Francisco and taking a far more conventional sitcom format, About A Boy manages to be be funny, sweet and cleverly satirical in ways you might not expect an NBC sitcom to be.

And let’s be honest any of their shows that display anything above the bog standard lowest common denominator are swiftly excised from the schedule or ignore altogether.

It’s a pity because this is one sitcom with the wit, intelligence and observance of human character that could’ve gone on for far longer.

Josh Thomas is a brave man.

He has taken so much of his life – his coming out story, his mother’s mental illness and a host of other elements that most people would prefer to keep hidden from the public eye and forged them into an intelligent, funny, cleverly-observant show that recognises that life is not always an upward trajectory.

Sure, over the show’s three seasons, Josh and his friends have matured but they’ve also taken a few steps backwards and made some messy mistakes, but hey’s that’s life and the joy of Please Like Me is that it’s not afraid to admit that.

And be very quirkily funny doing it.

It was a bit hit and miss in parts but largely Continuum, which centred on a police detective Kiera Cameron (Rachel Nichols) catapulted back from 2077 where corporations have replaced governments as the ruling authorities to our present day where a disparate group of time travellers are trying to change the future in 1000 different ways.

Desperate to get back to the time she knows, Kiera does her best, initially, at least, to stop them, until she realises that maybe the version of the future she knew is the one humanity most needs.

Replete with a host of big questions about humanity and what it needs or deserves, Continuum was a clever show that neatly balanced action and social commentary to compelling effect.

I have said it once, and I will say it again, I am not a natural viewer of superhero movies or TV shows.

I watch many of the movies at the cinema – I’m more a Marvel than a DC boy for some reason – but very few of the TV shows.

And yet The Flash, full of superhero action but also lots of humour and sweet, complex relationships, is one show that has captured my attention and my heart.

A lot of that has to be do with the imaginative writing and Grant Gustin as The Flash who manages to be both sweet and determined all at once, lending the titular character far more muscularity and depth than you might otherwise expect.

The show’s willingness to throw in everything but the kitchen sink – there’s time travel, portals, alternate universes, superheroes to name but a few – and make it work harmoniously is a big factor too.

I didn’t get to watch as much of this clever, oneliner-heavy show as I would have liked to but what I did see mightily impressed.

An imaginative examination of what happens when a bright up-and-coming medical student becomes a zombie, upending her life and forcing to do all kinds of things she would never have expected to do just to stay human, iZombie is storytelling as its finest.

Not to mention insightful and very, VERY funny.

And here are the TV shows that Watch Mojo thought would be big in 2015 while Indiewire’s TV team, who are paid to watch TV for a living (bliss!) thought these shows were the best of the year..