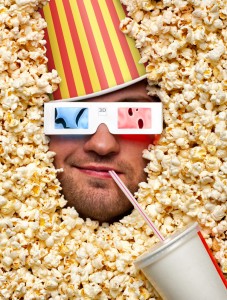 I am made of popcorn …

At least that’s the way it feels given how much I spend at the local cinema, especially towards the end of the year and over the Christmas break, taking in all the amazing films that come my way.

I see so many in fact that picking just five of them as my favourite for the year seems almost like mission impossible (one of the rare times I can stomach Tom Cruise in a film) but I did manage to whittle down my long list plus two honourable mentions (otherwise known as cheating) so strap on your 3D glasses, fall face down in your tub of buttery popcorn, re-emerge and see what you think of my choices …

WHY I LIKE IT: A first rate political thriller with an intelligent script, beautiful attention to detail (with a willingness to suspend that attentiveness to the nitty gritty of historical accuracy in the interests of edge-of-your-seat storytelling, where necessary), and impressive performances from director/actor Ben Affleck, John Goodman and Alan Arkin, this is one movie where the heart and mind are well satisfied.

And by all accounts one for the Oscars next year too, with Argo in the lead pack for a Best Picture win come February 24, following in the footsteps of other acting and directing greats such as Clint Eastwood (Million Dollar Baby), Mel Gibson (Braveheart) and Kevin Costner (Dances With Wolves).

You can read my full review of Argo here.

WHY I LIKE IT: This clever indie take on the romantic comedy subverted the genre, daring to inject issues like self-will, manipulation, control and flawed romantic longings while at the same time keeping true to the idea of love as an all-conquering force.

It used the left-of-centre idea of a man’s ability to conjure his one true love into being just be writing her into existence and exposed the darkest and most true of human desires all at once while never losing sight of the one of the greatest drivers for any person … the need to be loved for who we are.

You can read my full review Ruby Sparks here.

WHY I LIKE IT: It’s an intelligent fun-filled romp through the Marvel superhero universe with universally good performances by all the actors, a narrative that made sense and kept me engaged and a great balance of action and emo-moments.

And it kept me, a man who is not usually into watching superhero movies – with the rare exception of the similarly clever and robust Iron Man franchise and even Thor, which though a little more lightweight, was a hoot to watch (yes a hoot!) – thoroughly engaged from start to finish.

Thank you Joss Whedon for making superhero movies something that thrills the mind and the heart as well as the senses.

WHY I LIKE IT: Its inventive, quirky, colourful, left-of-centre, character and witty dialogue rich, with an inventive premise, a fully-formed sense of its own circumstances, and I walked out of the cinema grinning from ear to ear telling anyone who would listen how great it was. (No, I was not arrested.)

While I had enjoyed Wes Anderson films in the past such as The Life Aquatic with Steve Zissou (2004) and The Royal Tenenbaums (2001), they had appealed more because of their unusual approach to storytelling than anything else.

But Moonrise Kingdom had the lot in a gorgeously bright one-of-a-kind package and I frankly could have seen it again, almost straight away if I had had the time.

BEASTS OF THE SOUTHERN WILD

WHY I LIKE IT: It’s very rare these days that I find a movie that transports me so completely to another place and time that the four walls of the cinema cease to exist and I am living and breathing the action along with the characters on the screen.

Which is Beasts of the Southern Wild, which was an audacious mix of the searingly real and the trippingly fantastical was such a joy.

Yes what happens to six year old Hushpuppy, her daddy Wink and all the other residents of The Bathtub in Lousiana is heartbreakingly sad but the way with which Hushpuppy responds to it is a delight.

WHY I LIKE IT: Funny, poignant with characters that had actually had something worthwhile to say and kept you totally engaged while they said it.

It’s a reminder that just because someone doesn’t look “normal” (a horribly loaded term that is thrown about all too carelessly) doesn’t mean they don’t have the same needs and desires as everyone else.

NOT SUITABLE FOR CHILDREN

WHY I LIKE IT: Ryan Kwanten’s turn as a young man who suddenly discovers he has cancer and that the treatment is going to render him sterile thus setting a desperate race to father a child is one of the sweetest, most heartfelt movies I’ve seen in a while.

So what are your picks for the year’s best and why?