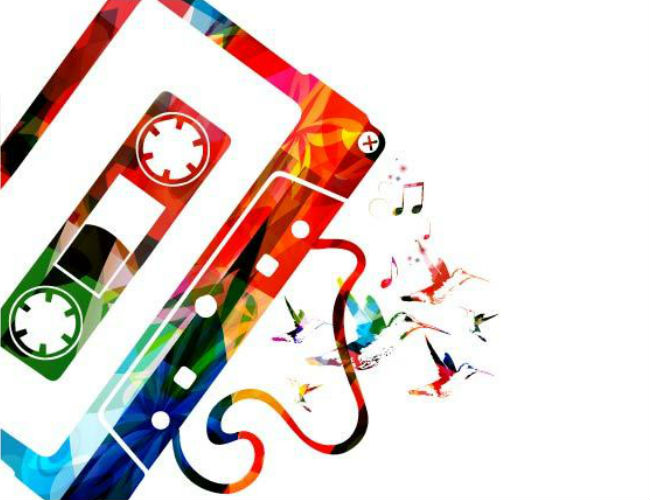 Music makes my world go round.

Well, granted so do movies, TV shows and books, and big fat slices of caramel cheesecake, but music is the one thing that goes with me pretty everywhere, the soundtrack to my life if you will.

It’s there with me when I am commuting, when I exercising, when I’m decorating the Christmas tree and when I’m simply sitting back and letting the world go by (which let’s face it, never happens; I’m a tad Type A OK?)

So it makes sense that I listen a lot of music and that picking just 10 songs as my favourites for the year is well nigh impossible but I have managed it and here they are in no particular order.

This is an inspiring song driven by the artist’s struggle with her overbite, something that she hated until she realised how much it informed who she is.

As someone who was made to feel less than I am because of everything from geekiness to my sexuality, this song resonates.

You can read my full review of the song at Now This is Music #59.

This song from the Swedish singer/songwriter has so much energy!

She says “Go!” and I go without question.

You can read my full review of the song at Now This is Music #57.

All deft, soft bouncy beats and fey but hardly unnoticeable vocals, the song by Alice on the Roof is a delight from start to finish, a dreamy concoction that speaks not of endless bliss and happiness as you might expect but rather getting over the trauma of a broken heart.

You can my full review of the song at Now This is Music #53.

“Cherry Blossom”, the follow up the equally beguiling debut single “Suddenly” from the London-based singer, is a delicate thing of beauty, channeling the spirit of the 1931 romantically-infused classic “Dream a Little Dream of Me” with a wistful air, a meandering, exquisitely-wrought melody and a dreamy sense of longing and love.

You can read my full review of the song at Now This is Music 46.

“Take Me Up” by Coleman Hell

An elevating mix of “hip-hop, electronic, and pop music” (Earmilk), “Take Me Up” passionately and foot-tappingly, hand-clappingly waxes lyrical about those sweet spots in life where you have done the whole “darkest before the dawn” thing and emerged out into the breathless possibilities of a new place in your life.

You get the sense that Coleman Hell has journeyed to that dark, tough and painful place and come out the other side, with the song, which bounces along on a wave of keyboard-driven euphoria and more than a hint of cloud-nine-ish brio and joy, and which reflects the Torontorian’s ability to switch genres with consummate ease, an affirmation that life isn’t just darkness and disappointment.

You can read the full review at Now This is Music 48.

Now this, THIS IS FUN!

How could you expect a song called “Peanut Butter Jelly” not to be?

The fourth single from the debut album Pharmacy (2015) of Swedish dance duo Galantis (Christian Karlsson and Linus Eklöw), it surges with an intense, irresistible danceability that will have you not just dancing around like an uncaring fool, but jumping up and down when simply moving your feet to the rhythm seems insufficient.

You can review my full review of the song at Now This is Music #54.

Hailing from the Bay Area, sjowgren describe themselves on Medium as “Three friends making music for fun”.

And never were truer words committed to social media.

“Seventeen” is all surfy, sunny, harmony-rich guitar-driven indie pop that will have you not just dancing but pogosticking like mad if there’s even a hint of a rhythm-seeking bone in your body.

You can the full review of the song at Now This is Music #54.

Hailing from Norway, but now quite happily ensconced in the musically-rich creative atmosphere of NYC, Okay Kaya has crafted a delicately-beautiful song with some real emotional heft.

“Clenched Teeth”, as she told Dazed Digital, is all about “The song is just about laying next to someone and drifting off into a lucid dream where they’re finally able to confess everything to you through clenched teeth.”

So a reluctant confessional if you will, set to music that is at once ethereally fey but also robustly meaningful, matching the ruminative, mind-wandering nature of the lyrics to a tee.

You can read my full review of the song at Now This is Music #56.

“The Dreamer” by Anna of the North

The Dreamer” starts off, appropriately enough, in an understated dreamlike fashion, the melody sneaking in under Norwegian singer Anna of the North’s almost whispered plaintive vocal, before kicking off at a loping light-synth driven clip that gathers pace in time with the lyrical urgency.

For all its ethereal underpinnings, and they are there in might force, feyness be damned, “The Dreamer” isn’t some ode to a lazy summer’s day with friends, or a harmless feckless youth more inclined to imagining than actually doing.

No what this magnificent slice of Scandinavian indie pop does, in common with many of its brethren who marvellously balance between light and dark, is talk about how even when a relationship is over, one that has understandably dominated your heart, life and art, there’s still an almost realisation that “it’s not about you anymore”.

You can read my full review of the song at Now This is Music #58.

“Alright” by The Magic Gang

Tempting though it might be to imagine this is the band Harry Potter and the gang formed after they left Hogwarts, four piece band The Magic Gang, all jangly guitars, beguiling harmonies, and crunchy, delectable melodies with just the right hint of ’60s retro melancholy, actually hail from Brighton, England where they are in the business of bringing some irrepressible loveliness to the often emotionally messy business of love.

Injecting unexpectedly downcast introspection into a song that sounds like an ice cream-and-laughter day at the beach, The Magic Gang capture the balance inherent in almost every aspect of the human experience – happy and sad, contentment and a little doubt, confidence and uncertainty.

You can read my full review of the song at Now This is Music #51.

Want to listen to the 50 biggest pop hits of the year but you simply don’t have the time? Fear not for DJ Earworm has handily mashed them altogether in his annual bringing together of pop goodness.

And incase you were wondering who the 20 best new bands of 2015 were – yeah I have trouble keeping up too; there’s so much great music out there – Paste Magazine is here to help you.