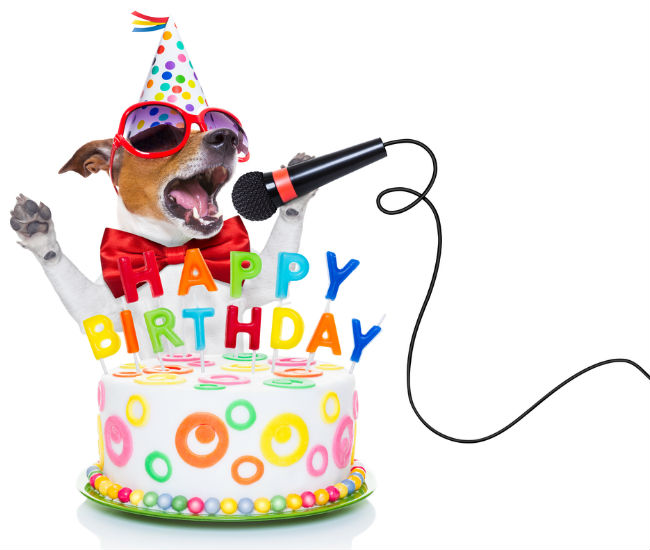 Well. really my birthday eve since the big day is actually tomorrow when I shall be an age that I shall not reveal, but close enough.

And of course, being a birthday, that means there must be joy, celebration and some thoughtful rumination on life’s great issues in amongst the cake, the presents and a bottle or two of my favourite wine.

Philosophical muse while you have icing clinging to your lips? You better believe it and thanks to these five amazing artists, it’s a way more pleasurable experience than you might otherwise expect.

Remember what it felt like to fall head over heels in love? More importantly how it feels every day when you realise anew, with all the quivering butterlies-in-the-stomach joy that brings, how much you still love that person?

Dagny, who hails from Norway, sure as hell does and she’s telling the world all about it with “Love You Like That”, a joyously exuberant track that percolates with all the good things Cupid brings to you when he unleashes that longed-for arrow.

Given the emotional authenticity that exudes from every note and word of the song, you might be surprised to learn it’s the first time the artist, who sprang back into the pop consciousness earlier this year with “Wearing Nothing”, has written a good and proper chanson d’amour:

“‘Love You Like That” is the first proper love song I’ve ever released. It’s funny because I’ve always been wary of using the phrase “I love you” in songs, in fear of sounding too cliché or corny, but then I just went and broke the “amounts-of-I love you-in-one-song” record. And it feels good. I’m not a particularly romantic person nor am I great at telling people how I feel about them, so this was probably long over-due. If you love someone, you should tell them.” (Earmilk)

Damn straight you should, and while you’re at it, play them this song, the soundtrack to love’s ebullient ecstasy if ever there was one.

It would lovely if life was all up-and-up vivacity but as anyone alive longer than five nanoseconds knows all too well, it’s a messy business with as many ups as downs.

New artists Isador, the artist name of American Warren Heller, knows that feeling all too well, and how the downs are often the result of other peoples’ expectations being forced onto you.

It’s this sense of existential claustrophobia that suffuses the song that The Revue described as a “perfect mix of anthemic indie pop, expertly layered harmonies and meaningful lyrics”, with Isador explaining how this led to the song being written:

“I dropped out of college and became isolated at home. It felt like my life was falling apart around me. Music had always been an outlet for me in the past, so I tried to channel all this dread and fear I was feeling into ‘Falling’. It helped me process what I was feeling and start to pick up the pieces.”

As musical therapy goes, “Falling” is sublimely good, a romping track that knows all too well that sometimes life feels caught in a stationary morass from which there feels like there’s no escape but that it can also delightfully and deliciously surprise you too.

Hailing from New York City, Blonde Maze, the project of artist/producer Amanda Steckler, have crafted a song in “Thunder” that is an evocative celebration of what it means to find that special someone and stick with them through the years as you grow and change.

It’s a refreshing perspective, especially since so many love songs focus solely on the beginning or end of love and not the happily content bits in the middle that, with some attention, can be every bit as rewarding as the heady glory days at the start.

Blonde Maze has beautifully described how the song came to be, quoted in The Revue:

“To me, ‘Thunder’ is about growing and changing with someone. You start to miss older times with them, but you also acknowledge that the growth has made them an inseparable part of your heart. Sometimes, with a relationship’s maturity, you lose your patience more, you let your guard down, and you get hurt, but the beauty of this maturity is that there becomes no one else in the world you are as comfortable growing with.”

Amen to that sister, a touching paean to the loveliness of being with someone for the duration.

You can find out what else Blonde Maze, who writes and produces all her own material, has been ruminating on when her next EP drops in 2018.

“Painkiller” by Saints of Valory

Favourite sons of Austin, Texas, Saints of Valory have crafted some engrossingly captivating music in their time (although not for two year during a no doubt creatively-rejuvenating hiatus).

Take “Painkiller”, a song which the band, who formed in 2008, released this year along with “Set it on Fire” and most recently, “Red Smoke”, which display, in the words of The Revue, “awesome vocals from Gavin Jasper, SOV’s penchant for killer guitar riffs and their clever lyrical style.”

It’s energetic, alive, vibrant with a lovely loping beat and talks about how even those people who give us what we need may need something themselves; no person is an island or entirely emotionally self-sustaining and we need to give as much as we receive.

Demonstrating their impressive musical prowess, love of a bluesy riff, driving rhythm and evocative vocals, “Ghost” is an euphoric piece of full-speed ahead ballsy pop.

The song questions whether the alluring person before you is really as good as they seem – are they poison or the cure, an angel or a ghost, will they save your soul?

Maybe neither since all of us, even the best of us, fall somewhere messily inbetween but suffice to say that while you’re tapping your feet furiously in time to this intoxicatingly vigorous tune that you will be treated to a lyrically-inspired meditation on the either/or proposition that is every member of the human race.