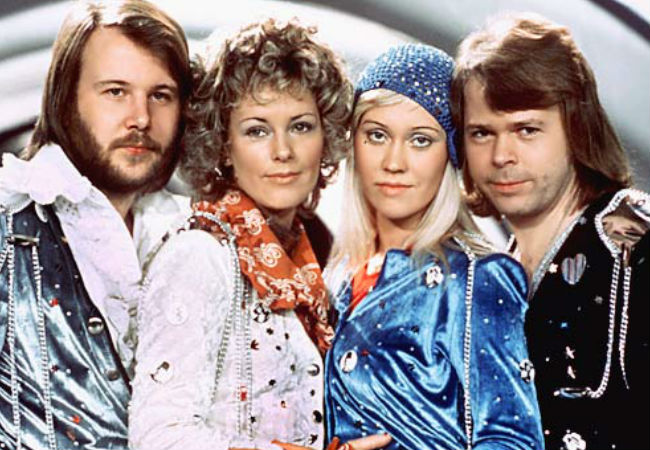 It doesn’t matter what kind of competition it is.

When you are standing high atop the winner’s dais, with those you have vanquished standing nearby or possibly seated right in front of you, it is hard not to come over all Leonard di Caprio in Titanic and feel like shouting “I am the king (or queen) of the world!”

You’re floating on air, feet not even deigning to touch the ground, and you spend hours being congratulated and feted by all and sundry, convinced your life will never leave these rarefied climes.

And then reality pushes its brutal way in, or morning arrives, often both at the same time, and you’re left wondering – will it be as good as it was at your moment of triumph?

It’s a question many a Eurovision Song Contest winner has likely asked themselves in the days, weeks and months following their win, when all of Europe seemed to be beating a path to their door and their winning song is (hopefully) sitting high atop the charts.

But is winning Eurovision really the gateway to endless glory abundant?

Obviously for some acts it is – Abba and Celine are often cited as prime examples in this regard – while for many acts it’s merely a highly pleasurable blip on the pop culture radar in an otherwise reasonably successful career.

There are obviously too acts which sink without a trace, never to be seen again (some it must be said by choice; others dragged kicking and screaming against their will into the cold arms of oblivion).

The question is then how much of a part does Eurovision play in the success of these acts and should they depend on it to push their career to the stratospheric heights they are no doubt aiming for?

One Eurovision winner who has a firm opinion on this is Dave Benton, who won the contest with rock singer Tanel Padar in 2001 for Estonia and who believes that while Eurovision is important, it is not the be all and end all:

“I look at Eurovision as one achievement in my career, not the only one. Was it the biggest achievement? I’d have to say it was. Eurovision is like the cherry on the top of the cake. But it’s not the cake.” (source: balticsworldwide.com)

He goes on to say:

Benton is firmly of the opinion that you need to have a career either in place, or have post-Eurovision plans mapped out and ready to go that can be actioned regardless of whether or not you win, or even place well at the event.

Relying solely on Eurovision to further, or launch your career is a big mistake he believes.

“There are a lot of youngsters who look at Eurovision as a trampoline to world fame. It’s not like that. I’m glad I went into Eurovision as a professional, with experience behind me.”

One group that certainly didn’t see Eurovision at their golden ticket to the big time, with plans already in place for a hoped-for successful career is Abba, the group widely held up as Eurovision’s greatest success story.

While they were of course, grateful for the win, which raised their profile immeasurably, allowing them access to many markets such as England which otherwise may not have taken them seriously, “Abba meant it [Eurovision] only as a parenthesis, a launching pad for their international aspirations”, according to Carl Magnus Palm, author of the ABBA biography Bright Lights, Dark Shadows.

Instead winning the Eurovision Song Contest came to define them and not always in a good way.

“They [Abba] weren’t aware of it at the time, but in the two minutes and 46 seconds that it took to perform “Waterloo”, they effectively lost all chance of ever being chance seriously by the cognoscenti. It was the price they paid for becoming far and away the most successful group ever to have competed [in Eurovision] …”

Benny Andersson, who along with songwriting partner and god friend Björn Ulvaeus, and partners Agnetha Fältskog and Anni-Frid Lyngstad (also known as Frida) made up the now pop superstar group, had this to say about the experience of winning Eurovision in the early 90s (quoted by Palm in Bright Lights, Dark Shadows).

“Musically it’s a catastrophe. It [Eurovision] was better in the Fifties and the Sixties. [These days] it’s a fun TV show, maybe, but it has nothing to do with music.”

Abba ultimately found great and enduring international success, after a brief lull following their win when it looked as if they might become another Eurovision winner to go nowhere, but that owed as much, if not more, to the songwriting prowess, and business acumen of Benny and Björn (and their manager Stig Anderson), and the exquisite harmonies of Agnetha and Frida, as it did to standing triumphant on the stage at Brighton, England.

Of course not everyone approaches Eurovision as their entrée to life of fame and fortune.

And perhaps it’s just as well because as Wikipedia’s entry, The List of Eurovision Song Contest winners sagely notes:

“Winning the Eurovision Song Contest provides a unique opportunity for the winning artist(s) to capitalise on their success and surrounding publicity by launching or furthering their international career. However, throughout the history of the contest, relatively few of these artists have gone on to be huge international stars.”

Some artists for instance, such as Cliff Richard who represented the UK in 1968 with “Congraulations” which went on to become a massive hit around the world, were already established pop stars, content with the honour of being the face of their country at the contest.

It was a similar story for Lys Assia, representing Switzerland who won the first Eurovision Song Contest in 1956 with “Refrain”. While she did return two more times to the event as Switzerland’s entrant in 1957 and 1958, it was just part of a long and illustrious career which saw her performing all across the world including for the reigning British monarch, Queen Elizabeth 2.

Another artist who enjoyed great success before and after his win at the 1958 Eurovision Song Contest was André Claveau whose career in music, film and radio spanned four decades before his retirement in the late 60s. Whiole he appreciated his involvement and success at Eurovision, he was dependent on it.

Other artists such as 1964 winner Gigliola Cinquetti of Italy and Dana from Ireland (winner, 1970) who after a reasonably successful musical career left it all behind for political office, have been content to participate in Eurovision, do their bit for king/president/insert ruler type here, and country, and then gracefully and voluntarily slip off into a life of quiet obscurity.

And finally there have been those artists who have shown up at Eurovision looking to make a name for themselves, who though they may not have achieved the international success of Abba, nonetheless enjoyed very successful European-wide careers.

One notable example is Bucks Fizz, who were formed specifically to compete in the contest.

And it was a successful move with the group, comprising in its initial iteration at least, Mike Nolan, Cheryl Baker, Bobby G and Jay Aston, taking out the Eurovision Song Contest that year with “Making Your Mind Up”.

The song went on to top the charts in a great number of European countries, and very briefly internationally, and was followed by hits like “Piece of the Action” and “My Camera Never Lies”.

While Bucks Fizz enjoyed a certain modicum of international success, it was by and large confined to Europe and certainly not on the scale of the two most notable winners Celine Dion and Abba.

Nevertheless Bucks Fizz have enjoyed a reasonably successful level of success, and continue, believe it or not, to perform to this day (albeit in two different warring combinations).

The conclusion from all this would seem to be that while the Eurovision Song Contest is no guarantee of success, internationally or Europe-wide, it nonetheless does lend a hand to many singers looking to get some notice beyond their home countries.

They may not become the megastars they possibly dreamed of becoming in their youth, and winning or even participating at the contest may be their pinnacle of musical glory, but it is certainly not a waste of time to be a part of it, nor the curse of eventual anonymity that it is popularly believed to be.

While Eurovision not have the cachet it once did – although you could argue that even back in the 50s and 60s, it was musically out of step with the times as it continued to feature crooners and older style singers in an age where rock ‘n’ roll was rapidly becoming the undisputed musical champion – and be openly ridiculed in some quarters, it can still mean the difference between success or otherwise for many artists and can ensure they enjoy a career well after the eye-blindingly bright lights of Eurovision have well and truly faded.